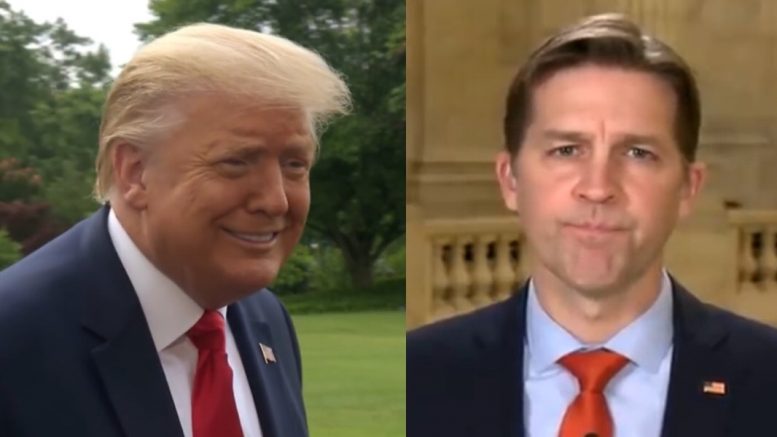 45th President Donald J. Trump expressed excitement in a statement Thursday to the news of Senator Ben Sasse (R-NE) reportedly expected to resign “early in his term” — should he be accepted as the University of Florida’s next President.

The Nebraska senator will be interviewed by the university’s board of trustees on November 1, and if approved by the trustees, Sasse would become UF’s 13th president, replacing Kent Fuchs, who announced in January he will step down to take a faculty position after a successor is chosen, The Tampa Bay Times reports.

“Great news for the United States Senate, and our Country itself. Liddle’ Ben Sasse, the lightweight Senator from the great State of Nebraska, will be resigning,” President Trump wrote on Truth Social.

“If he knew he was going to resign so early in his term, why did he run in the first place? But it’s still great news! The University of Florida will soon regret their decision to hire him as their President,” Trump suspects. “We have enough weak and ineffective RINOs in our midst.”

“I look forward to working with the terrific Republican Party of Nebraska to get a REAL Senator to represent the incredible People of that State, not another Fake RINO!” the 45th President concluded.

Politico reports: “The Nebraska governor would then appoint a replacement for Sasse under state law. The second-term Sasse made a name for himself as a consistent Trump critic in Congress as well as a reliable conservative vote”.

Fox has confirmed that Sen. Ben Sasse (R-NE) is expected to resign his position from the Senate in December.

Fox has learned Sasse is in line to become President at the University of Florida. He could start there in February