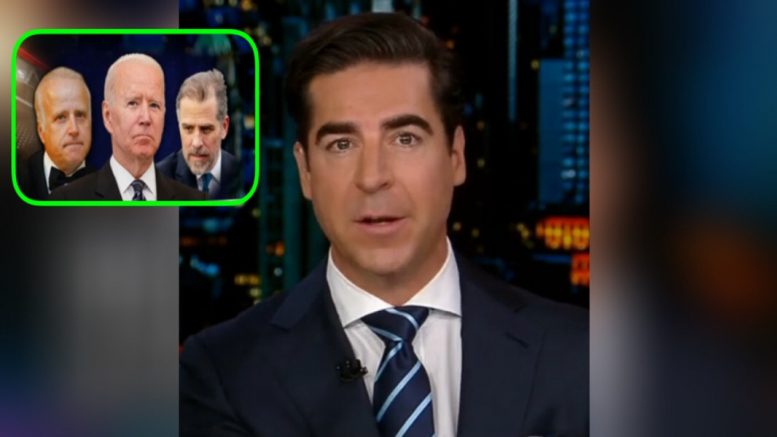 Watters said Hunter Biden was “offered a pretty good plea deal: a couple million dollars in fines and no prison”, but said, “Hunter told them to take a hike and dared them to go to trial in Delaware where he knows he’d get home cooking.”

“This was a big mistake by Hunter Biden, and it’s make rank and file agents incredibly mad. And now, this plea deal just got a little more serious. The new deal is 15 million dollars in fines and having to plead guilty to multiple felony charges. This is a game of chicken that Hunter thinks he can win, because his father has the power of the pardon,” Watters said.

The Fox News host said, however, “it may not be that simple” because “an astounding number of whistleblowers are coming forward within the FBI and other agencies, and they’re willing to share what they know about the case and how it’s been handled.”

Watters also noted, “Not only that, we’re told individuals who did business with the Biden family will be going public soon”.

“And it’s about to get ugly,” he predicted. “It’s getting very difficult for Biden and their protectors to keep a lid on this, because of how high this goes up. This is not a story about Hunter Biden. This involves the entire Biden family, and most importantly, the president of the United States. And it involves America’s number one enemy: China”. [Emphasis added].

Biden Says Ghost Guns are ‘Not Hard to Put Together’, Rep. Massie Reacts: ‘He Couldn’t Make one if his Life Depended on it’