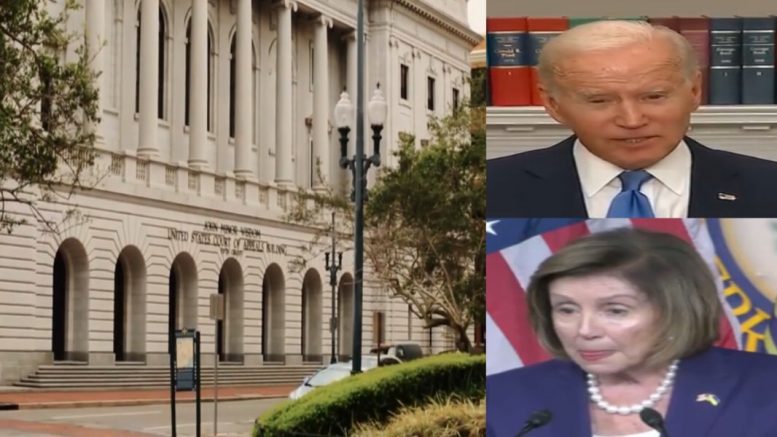 Joe Biden and House Speaker Nancy Pelosi (D-CA) vented their frustration after a federal appeals court ruled that the Deferred Action for Childhood Arrivals (DACA) program was illegally enacted by the Obama administration, sending the case back to a lower court in Texas.

The 5th U.S. Circuit Court of Appeals on Wednesday determined the Obama administration lacked the authority to implement the DACA program. The court stopped short, however, of judicially dismantling it and said DACA migrants could continue to receive legal protections.

In a statement, Joe Biden claimed the decision “unlawful” and blamed “MAGA-Republican officials” for the court’s decision as several Republican states sued the federal government over the DACA program.

“I am disappointed in today’s Fifth Circuit decision holding that DACA is unlawful. The court’s stay provides a temporary reprieve for DACA recipients but one thing remains clear: the lives of Dreamers remain in limbo,” Biden said.

“Today’s decision is the result of continued efforts by Republican state officials to strip DACA recipients of the protections and work authorization that many have now held for over a decade,” he said.

“And while we will use the tools we have to allow Dreamers to live and work in the only country they know as home, it is long past time for Congress to pass permanent protections for Dreamers, including a pathway to citizenship,” Biden further said, seemingly admitting the DACA program was created without congressional approval.

“My Administration is committed to defending Dreamers against attacks from Republican officials in Texas and other States. This challenge to DACA is just another example of the extreme agenda being pushed by MAGA-Republican officials,” Biden claimed.

The court also ruled the U.S. government could not process new applicants for DACA and ordered a Texas federal judge to review the program. The rule takes effect October 31, 2022.

“More must be done to offer the permanent stability and security that millions of Dreamers and their families deserves. That’s why House Democrats have twice passed the Dream and Promise Act: to finally offer Dreamers a permanent pathway to citizenship, while fixing our broken immigration system through comprehensive reform,” Nancy Pelosi said.

“Shamefully, extreme MAGA Republicans in the Senate have blocked this bill, playing political games with families’ futures while embracing an extreme agenda of anti-immigrant cruelty,” the House speaker vented. “Senate Republicans must join us to immediately pass this urgent, necessary, House-passed legislation and send it straight to President Biden’s desk”.

Kellyanne Conway on Trump Announcing his 2024 Presidential Bid: ‘I Think you can Expect him to Announce Soon’