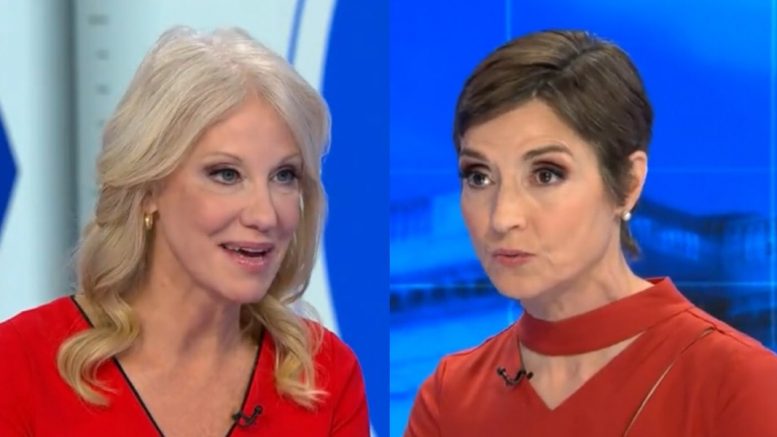 Asked would Trump announce his candidacy after the midterm elections — by Thanksgiving — Conway responded, “Well, he would like to.”

“He’s as active as anybody in these midterm elections. That’s important to the calculus also, Catherine, because we have the most ironic, if not unprecedented situation right now,” Conway told Herridge during the interview. “We have a president, a current president, whose party doesn’t really want him to campaign with them, Joe Biden”.

“I think once those midterms are done, President Trump can assess the timing of his announcement,” Conway said. “I will tell you why he wants to run for president — Donald Trump wants his old job back.”

She also dismissed the notion that Trump and his political team are concerned about competition from DeSantis in 2024 — “I don’t think they are, no,” she said. “They’re friends, they’re allies. I think people want Ron DeSantis and Donald Trump to be two scorpions in a bottle.” She added, “They’re just not.”

Conway, the first woman to run a successful presidential campaign, served as the former president’s counselor for most of his tenure.

When @CBS_Herridge asked whether fmr. President Trump, who has hinted he plans to run again, would announce after the midterms, his fmr. White House adviser Kellyanne Conway responded, "Well, he would like to." NOTE: Did not rule out before Thanksgiving pic.twitter.com/jEThKk21o2