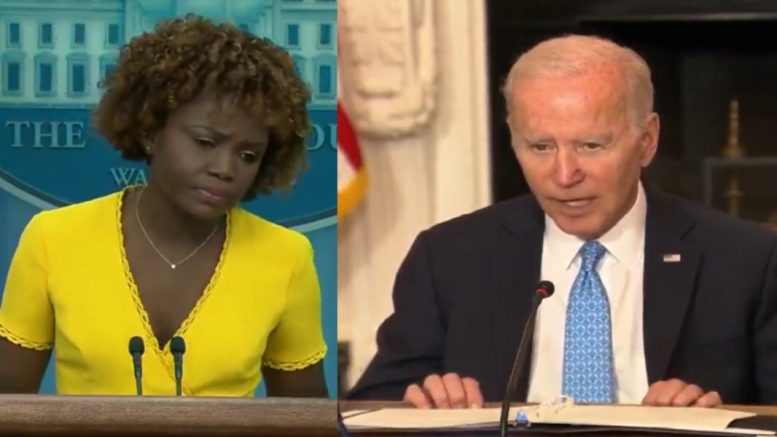 White House press secretary Karine Jean-Pierre was asked Monday about the latest ABC News/Washington Post poll which reveals that a clear majority of Democrats want their party to replace 79-year-old Joe Biden as its nominee for president in 2024.

Just 35% of Democrats and Democratic-leaning independents favor Biden for the 2024 nomination; 56% want the party to pick someone else, according to the poll.

“56% of Democrats want the party to nominate someone other than Biden, and for people under forty, 75% want the party to pick someone different. Is the president concerned by this? How’s he digesting a number like that?” a reporter asked the White House press secretary on Monday.

Karine Jean-Pierre deflected from the poll, only to tell reporters that the Democrat career politician “intends to run” again.

“So as you know, I’m very limited on how I can discuss any kind of elections. I will reiterate what we have said many times from here, what the president has said many times, even as recently as his 60 Minute interview, is that he intends to run”.

“Uh, I don’t have anymore announcements on that,” she added.

"56% of Democrats want the party to nominate someone other than Biden…is the president concerned by this?"

KARINE JEAN-PIERRE: "I don't have any more announcements on that." pic.twitter.com/Am76o1eqiK