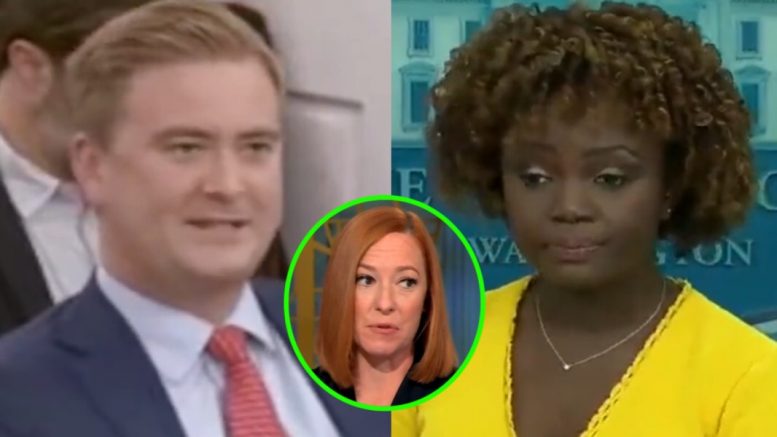 During a White House press briefing on Monday, press secretary Karine Jean-Pierre was asked about remarks made by former press secretary Jen Psaki, who said over the weekend “crime is a huge vulnerability for Democrats”, ahead of the November midterms.

“If it is a referendum on the president, [Democrats] will lose, and they know that. They also know that crime is a huge vulnerability for Democrats — I would say one of the biggest vulnerabilities,” Psaki said, in part, on NBC News.

Jean-Pierre deflected from the question and appeared to go to talking points instead.

“So again, I can’t do electro-politics from here, as you know,” the White House press secretary replied.

“But I kind of don’t agree with your characterization of what she actually said,” Jean-Pierre alleged.

"I don't agree with your characterization of what she actually said." pic.twitter.com/kU7Qnx0PAt

On the upcoming midterm elections, former top Biden spokeswoman Jen Psaki admits "if it is a referendum on the president, [Democrats] will lose." pic.twitter.com/g3bqRgWHCy

Jean-Pierre claimed, “It is not a yes or no question”, asserting that the current violent crime wave is “complicated and multi-faceted”.

Related: Doocy to Jean-Pierre: Why do you Think ‘88% of People in This Country Think’ America ‘is on the Wrong Track?’