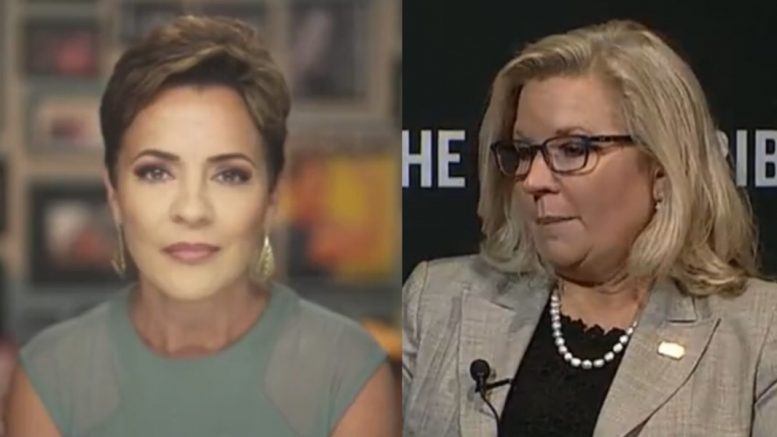 Arizona Republican gubernatorial nominee Kari Lake responded on Sunday to remarks made by Rep. Liz Cheney (R-WY), who claimed she will do everything she can to ensure that Lake is not elected, including campaigning with Democrats.

“I’m gonna do everything I can to make sure Kari Lake is not elected,” Cheney said.

“In this election you have to vote for the person who actually believes in democracy,” Cheney said. “And that is just crucial, because if we elect election deniers, if we elect people who said that they’re not going to certify results or who are going to try to steal elections, then we really are putting the Republic at risk.”

Kari Lake, during a Sunday interview on Fox News’ “Sunday Morning Futures”, reacted to Cheney’s remarks, expressing, “That might be the biggest, best gift I’ve ever received.”

“And so, Liz Cheney probably should change her voter registration. Turns out, she really is a Democrat after all,” Lake added.

.@Liz_Cheney: “I’m going to do everything I can to make sure @KariLake is not elected”

Does that include campaigning for Democrats?

“Yes” …says the woman that couldn’t even win her own race. Bless your heart, Liz. pic.twitter.com/pH9K9TUW0H

.@KariLake responds to Liz Cheney’s pledge to campaign against her:

“The New Republican Party is the Party of ‘We The People,’ it is no longer the Party of Warmongers.” pic.twitter.com/dxsR7sjVph

You can donate here.

You can donate here too.https://t.co/moYvWGCPBB

Related: Liz Cheney: If Donald Trump is the GOP Nominee for 2024, ‘I Won’t be a Republican’

Rep. James Comer: ‘This is an Investigation of Joe Biden, the President of the United States’