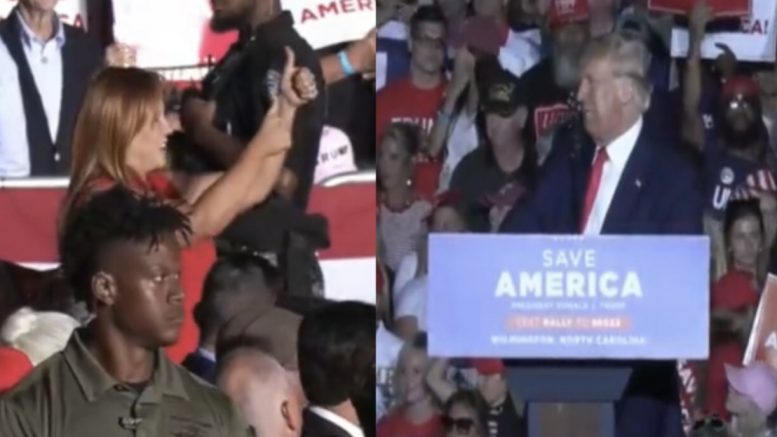 “She’s gonna be be terrific!” 45th President Donald Trump told voters during a Friday rally in Wilmington, North Carolina after he announced his “total endorsement” for Republican congressional candidate Sandy Smith, who is representing the Tar Heel State’s District 1.

Smith advanced from the Republican primary on May 17 and is running against Democratic congressional candidate Donald Davis in the general election on November 8.

“Sandy Smith … you have my total endorsement, and you get out, and win that race. … She’s gonna be terrific!” the 45th President said during the rally in North Carolina.

Thank you President Trump! We love you. – Sandy pic.twitter.com/Py9YmvV4Gn

Ahead of winning her primary in May, Sandy Smith told voters that President Donald Trump won the 2020 election.

“And I’m the only one in this race that says he won the 2020 election”, she said in a Twitter video message.

Smith has called for a comprehensive forensic audit of the 2020 election in North Carolina, as previously reported by The Freedom Times.

“I’m a fighter who’s not afraid to stand up for what is right and we need to do everything we can to drain the swamp. I made history by swinging my district 25 points towards the Republicans and now it’s time we finish the job we started and take back our country in 2022,” Smith says on her site.