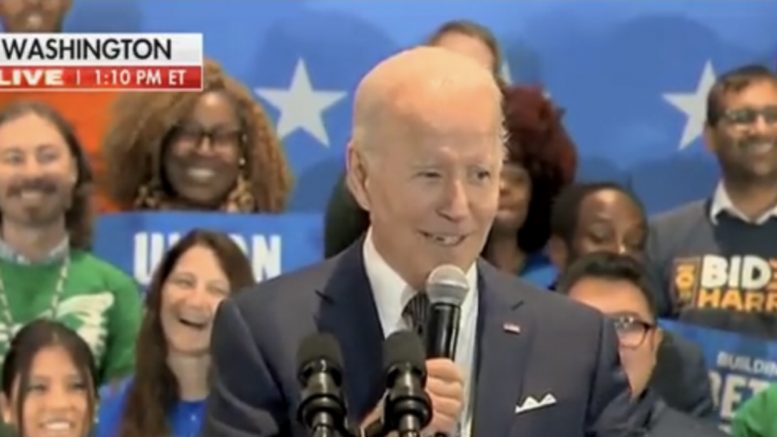 Joe Biden, during a speech to teachers at the National Education Association headquarters in D.C. on Friday, apparently recognized an audience member and told the crowd, “She was 12, I was 30”.

The 79-year-old career politician did not say what he did when he was 30 and the woman was 12.

Biden STUNS crowd into utter bewilderment after saying most CREEPY thing he may EVER said:

Biden’s historical habit of touching and smelling women and girls in public — often yielding on-camera grimaces from recipients — earned him the Republican nickname “Creepy Joe,” though he has rarely committed such actions in public since apologizing in 2019 to women who said he made them uncomfortable with unwanted physical contact, New York Post reported.