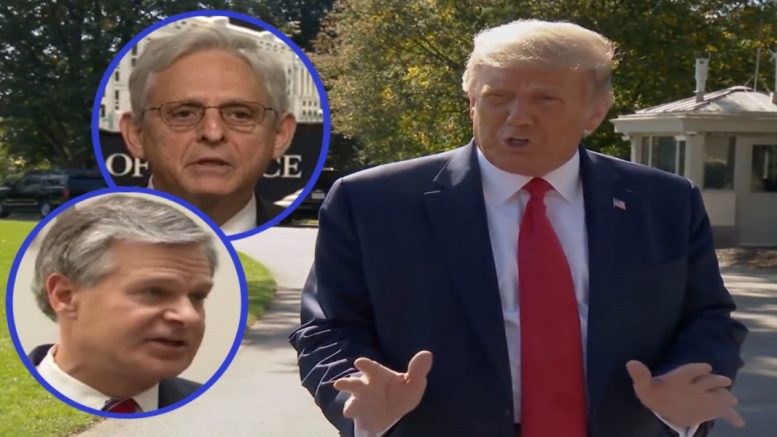 45th President Donald J. Trump, in a series of Truth Social posts on Thursday, pushed back against the “sick and demented people” who aided in the FBI raid of his Mar-a-Lago home in Palm Beach, Florida that took place earlier this month and said that he did “nothing wrong”, is “innocent”, and asserted that both the FBI and DOJ are “leaking”.

He also accused 79-year-old Democrat career politician Joe Biden of knowing in advance about the raid and said the FBI illegally broke into his home to obtain material that should not have been taken.

“Even though I am as innocent as a person can be, and despite MY campaign being spied on by the Radical Left, the FISA COURT being lied to and defrauded, all of the many Hoaxes and Scams that were illegally placed on me by very sick & demented people, and without even mentioning the many crimes of Joe and Hunter Biden, all revealed in great detail in the Laptop From Hell, it looks more and more like the Fake News Media is pushing hard for the Sleaze to do something that should not be done!” Trump wrote on Truth Social Thursday.

Joe Biden said he knew nothing about the Break-In of Mar-a-Lago or, the greatest political attack in the history of the U.S. Does anybody really believe this??? he asked in another post after Biden claimed on Wednesday he had “zero” advance notice of the raid.

He added that prosecutors raided his home on the basis of the Presidential Records Act and accused the Justice Department (DOJ) and Federal Bureau of Investigation (FBI) of “leaking” at an unprecedented level.

“The Radical Left Democrat prosecutors are illegally trying to circumvent, for purely political gain, the Presidential Record’s Act, under which I have done absolutely nothing wrong. It can not be circumvented, for me or any other President. They illegally Raided my home, and took things that should not have been taken. They even broke into my safe, an unthinkable act!” he expressed.

Trump continued: “PRESIDENTIAL RECORDS ACT!, adding, “The Justice Department and FBI are ‘leaking’ at levels never seen before – and I did nothing wrong!!!”

Biden denied that he had advance knowledge of the raid, however, long before it professed no prior knowledge of the raid on Donald Trump’s estate, the Biden White House worked directly with the Justice Department and National Archives to instigate the criminal probe into alleged mishandling of documents, allowing the FBI to review evidence retrieved from Mar-a-Lago this spring and eliminating the 45th president’s claims to executive privilege, according to contemporaneous government documents reviewed by John Solomon at Just the News.

Attorney General Merrick Garland admitted that he “personally approved” the raid during a news conference on August 11.

According to the warrant which was unsealed on August 12 by Judge Bruce Reinhart, Trump is under investigation for alleged violations of 18 USC 2071 — concealment, removal, or mutilation; 18 USC 793 of the Espionage Act—gathering, transmitting, or losing defense information; and 18 USC 1519 — destruction, alteration, or falsification of records in federal investigations.

Trump has said all of the documents were “declassified” and in a “secure space.”

Q: “How much advance notice did you have of the FBI’s plan to search Mar-a-Lago?”

BIDEN: “I didn’t have any advanced notice. None. Zero.” 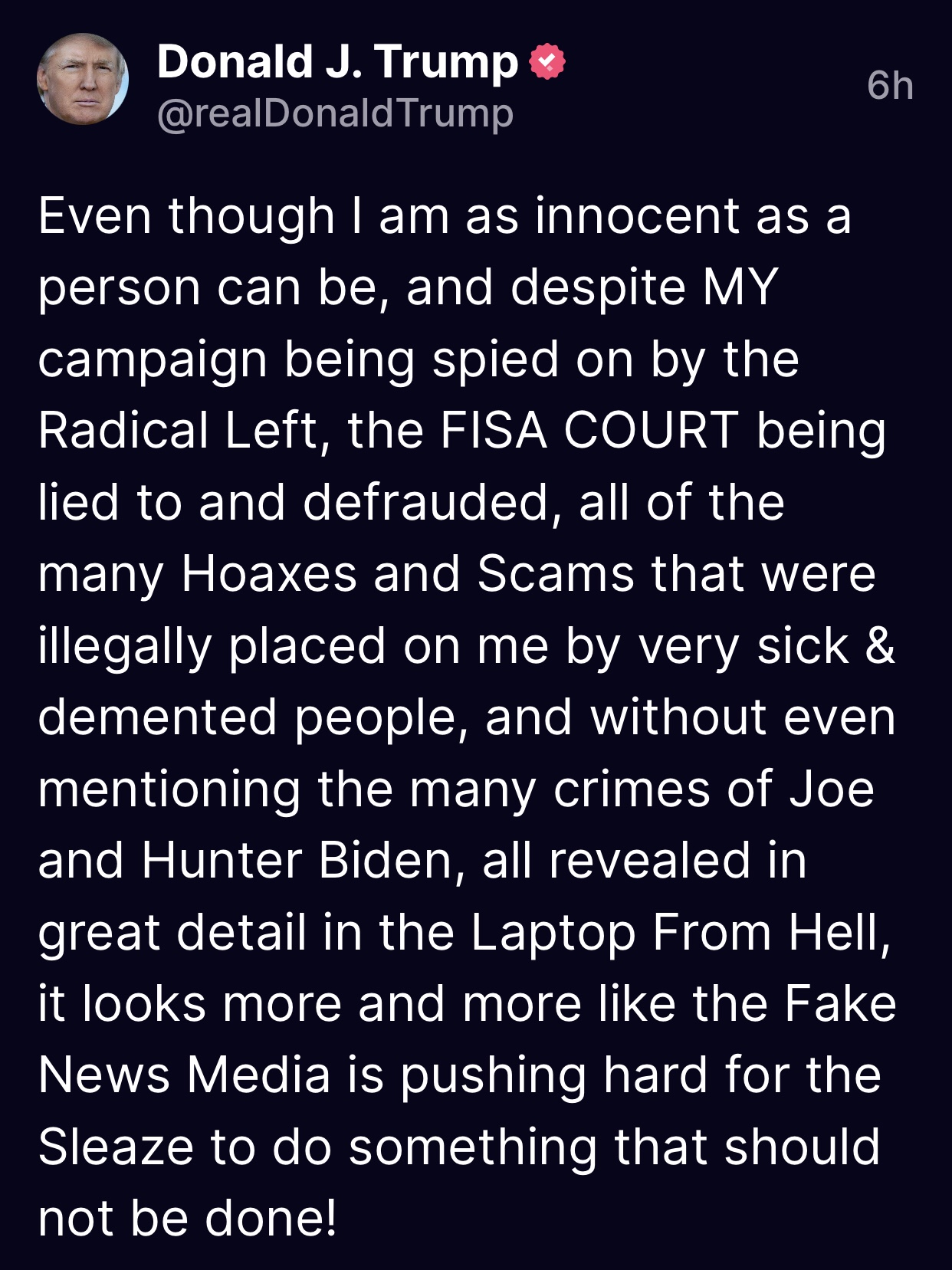 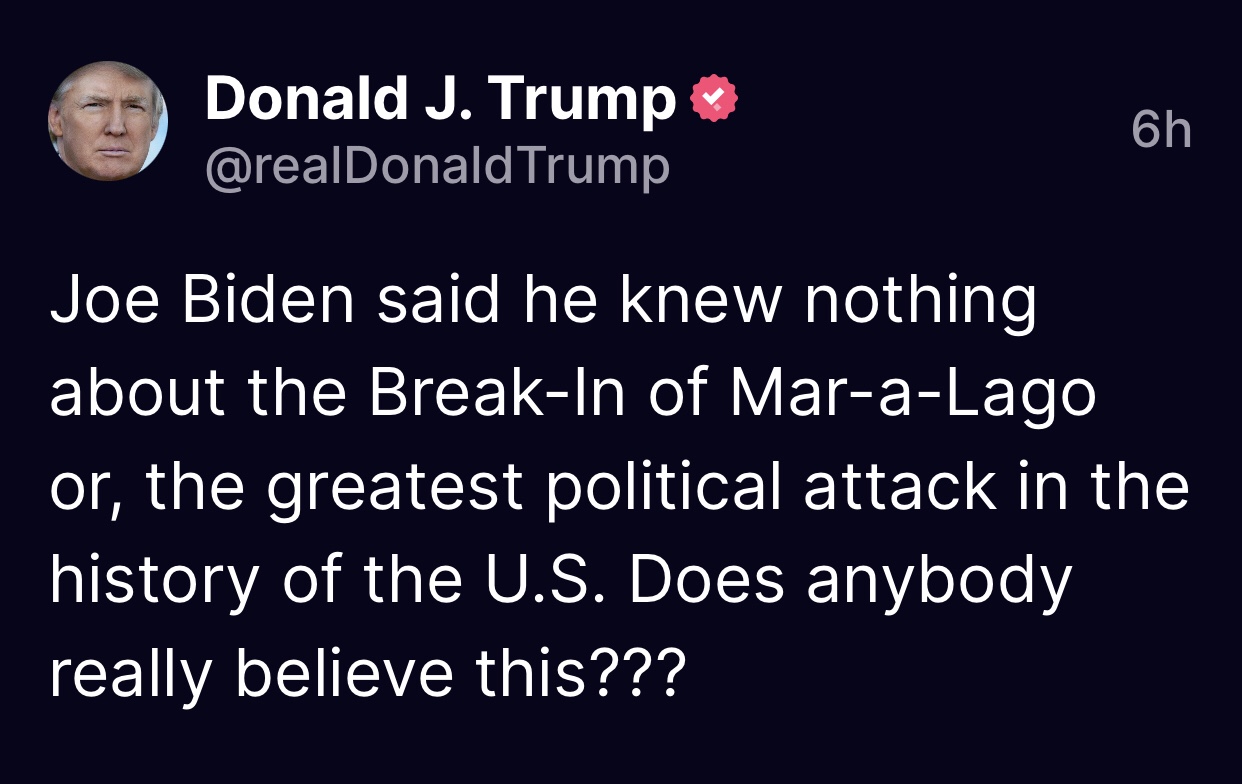 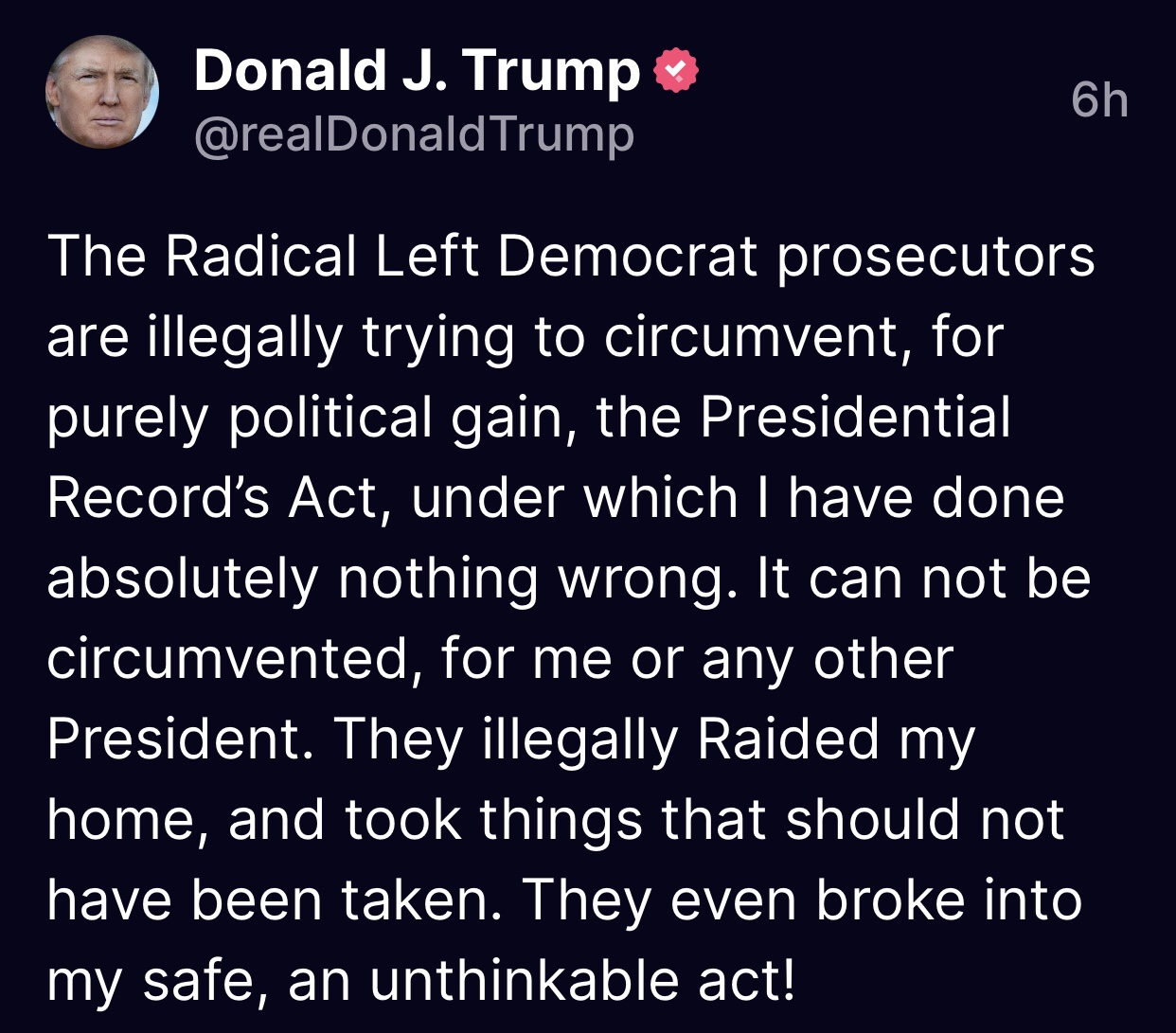 Related: ‘A Political NO, NO!’: Trump on Biden White House Involved in DOJ’s Mar-a-Lago Probe Against Him