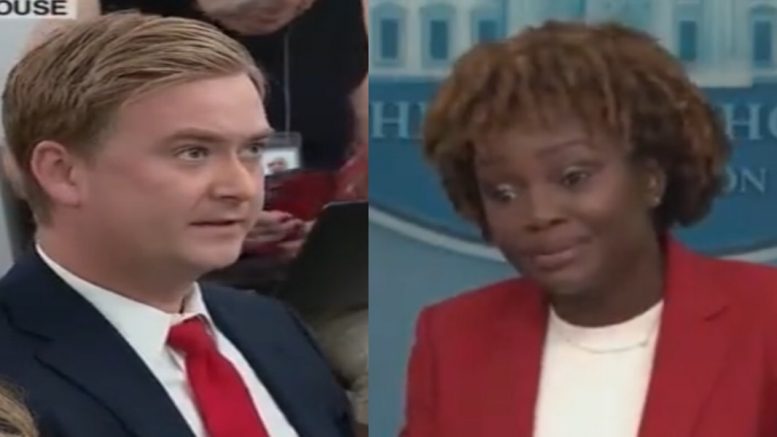 Fox News White House correspondent Peter Doocy questioned press secretary Karine Jean-Pierre over “who” is going to pay for the student loan relief program announced by Joe Biden and his administration on Wednesday.

“You’re talking a lot about how much it might cost, it might not cost. Who is paying for this?” Peter Doocy directly asked press secretary Karine Jean-Pierre during a White House briefing on Wednesday.

Jean-Pierre deflected from the question, alleging that the deficit being reduced will be “able to do something for the middle-class”.

“But when you forgive debt, you’re not just disappearing debt,” Doocy told the press secretary. “So who is paying for this?”

“We lifted the pause … at the end of this year, which is going to matter right? … When you think about the 4 billion dollars that is going to go back as revenue back into this process of folks paying, right, their college tuition? That matters as well. So we are doing this in a smart way. We are doing this in a way that is going to be effective … that keeps the president’s promise to giving people who need some breathing room,” she said, without directly answering who will pay for the debt.

Doocy: Who is paying for this?"

Doocy: "But when you forgive debt, you're not just disappearing debt so who is paying for it?" pic.twitter.com/CamDUiM47T

Doocy also questioned Joe Biden, but he refused to answer.

.@pdoocy: What about people who paid their loans, struggled to pay their loans and now others don't have to?

Biden just turned his back on all these hard-working, responsible Americans. pic.twitter.com/LUL7ypljiE