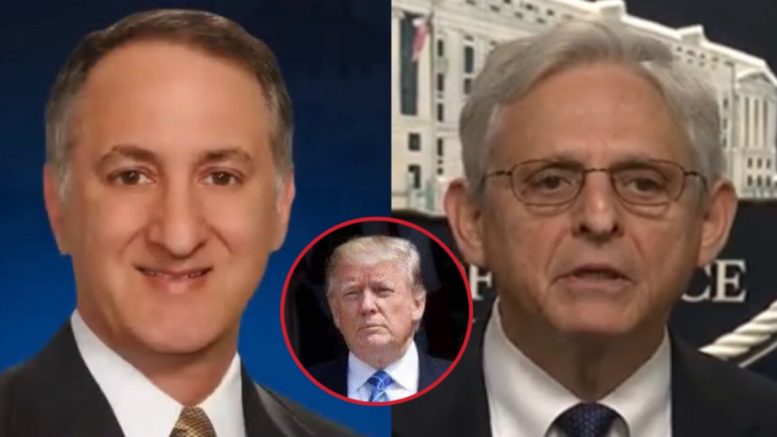 Magistrate Judge Bruce Reinhart on Thursday said he may be willing to unseal portions of an affidavit used to apply for the search warrant for 45th President Trump’s Mar-a-Lago home in Palm Beach, Florida, however, he ordered Justice Department officials to suggest redactions to the document.

Reinhart said he believes the DOJ has not sufficiently shown that the document should remain entirely secret.

“I find that on the present record the Government has not met its burden of showing that the entire affidavit should remain sealed,” Judge Reinhart said in a brief order.

The magistrate judge issued his ruling during a hearing in West Palm Beach, Florida where several news outlets had argued that the significant public interest in the filing justifies disclosing at least part of it.

Reinhart said there were parts of the affidavit that “could be presumptively unsealed,” and that it was not for him to decide whether “those portions would be meaningful for the public or the media”, reported the New York Times.

Reinhart told the Justice Department to send him proposed redactions of the affidavit by next Thursday and said he would review whether they were appropriate. “This is going to be a considered, careful process,” the judge said, according to the New York Times.

The DOJ claimed that the affidavit should remain under seal in its entirety, alleging the information it contained laid out a “roadmap” to its ongoing investigation.

President Donald Trump called for the affidavit to be unsealed without redactions in a statement on Truth Social Monday evening.

“There is no way to justify the unannounced RAID of Mar-a-Lago, the home of the 45th President of the United States (who got more votes, by far, than any sitting President in the history of our Country!), by a very large number of gun toting FBI Agents, and the Department of ‘Justice’ but, in the interest of TRANSPARENCY, I call for the immediate release of the completely Unredacted Affidavit pertaining to this horrible and shocking BREAK-IN,” Trump wrote, adding, “Also, the Judge on this case should recuse!”

On August 9, Judicial Watch filed a motion asking the U.S. District Court for the Southern District of Florida to unseal as soon as possible the search warrant materials used by the FBI to raid President Trump’s Mar-a-Lago home in Florida (U.S. v. Sealed Search Warrant (Case No. 9:22-mj-08332)).

Tom Fitton also had the following to say over matter:

“The DOJ/Archives made up new rules for Trump. The new rules were that it doesn’t matter that you were president. Any docs you have are our docs. The prior position had been that if the president has the docs after he leaves office, it's presumptively personal,’ @TomFitton. pic.twitter.com/mx9rwPGZbL

“I would interpret [the raid] as essentially the Democratic Party raiding their likely opponent for 2024. It doesn’t get any more complex than that,” @TomFitton.
Read: https://t.co/JSreyhX3Zy
Watch: https://t.co/DWxfHi6ZrI pic.twitter.com/GRobpVIm6N

Nice victory for @JudicialWatch: Court rejects outright Biden DOJ position to keep fully sealed the affidavit it used to justify the shady raid on Trump's home. At least some information, court says, will be ordered released.

NEW: Court orders Biden DOJ to file copy of warrant affidavit and justifications for any redactions by Aug 25 in response to @JudicialWatch and media request to unseal information about Biden's political raid on Trump's home.