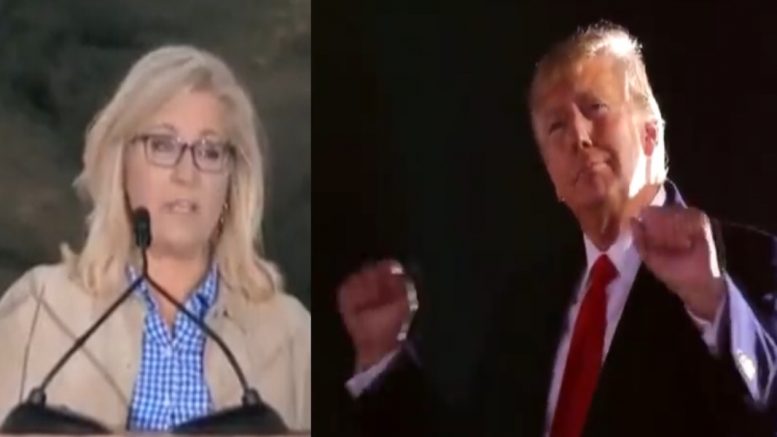 Trump commented on Truth Social Tuesday evening to hail the “very decisive WIN” by the challenger he had endorsed, Harriet Hageman, saying the “very big Liz Cheney loss” was “far bigger than had ever been anticipated.”

“Congratulations to Harriet Hageman on her great and very decisive WIN in Wyoming. This is a wonderful result for America, and a complete rebuke of the Unselect Committee of political Hacks and Thugs, President Trump wrote on Truth Social Tuesday evening.

“Liz Cheney should be ashamed of herself, the way she acted, and her spiteful, sanctimonious words and actions towards others. Now she can finally disappear into the depths of political oblivion where, I am sure, she will be much happier than she is right now. Thank you WYOMING!” he expressed.

Shortly after, Trump mocked Cheney’s “uninspiring concession speech, in front of a ‘tiny’ crowd in the Great State of Wyoming.”

“Liz Cheney’s uninspiring concession speech, in front of a ‘tiny’ crowd in the Great State of Wyoming, focused on her belief that the 2020 Presidential Election was not, despite massive and conclusive evidence to the contrary, Rigged & Stolen,” he wrote.

“It was, and that’s not even counting the fact that many election changes, in numerous States, were not approved by State Legislatures, an absolute must. Liz Cheney is a fool who played right into the hands of those who want to destroy our Country! Trump said.

He also predicted that Cheney’s loss “will quickly begin the beautiful process of DISSOLUTION” of the “January 6th Committee of political Hacks and Thugs.”

“I assume that with the very big Liz Cheney loss, far bigger than had ever been anticipated, the January 6th Committee of political Hacks and Thugs will quickly begin the beautiful process of DISSOLUTION? This was a referendum on the never ending Witch Hunt. The people have spoken! he declared.

Cheney, the daughter of former Vice President Dick Cheney, lost by 37 points. In her concession speech, the Wyoming congresswoman appeared to compare herself to President Abraham Lincoln.

Cheney also claimed “now the real work begins” appearing to suggest that working for the people was not real work. 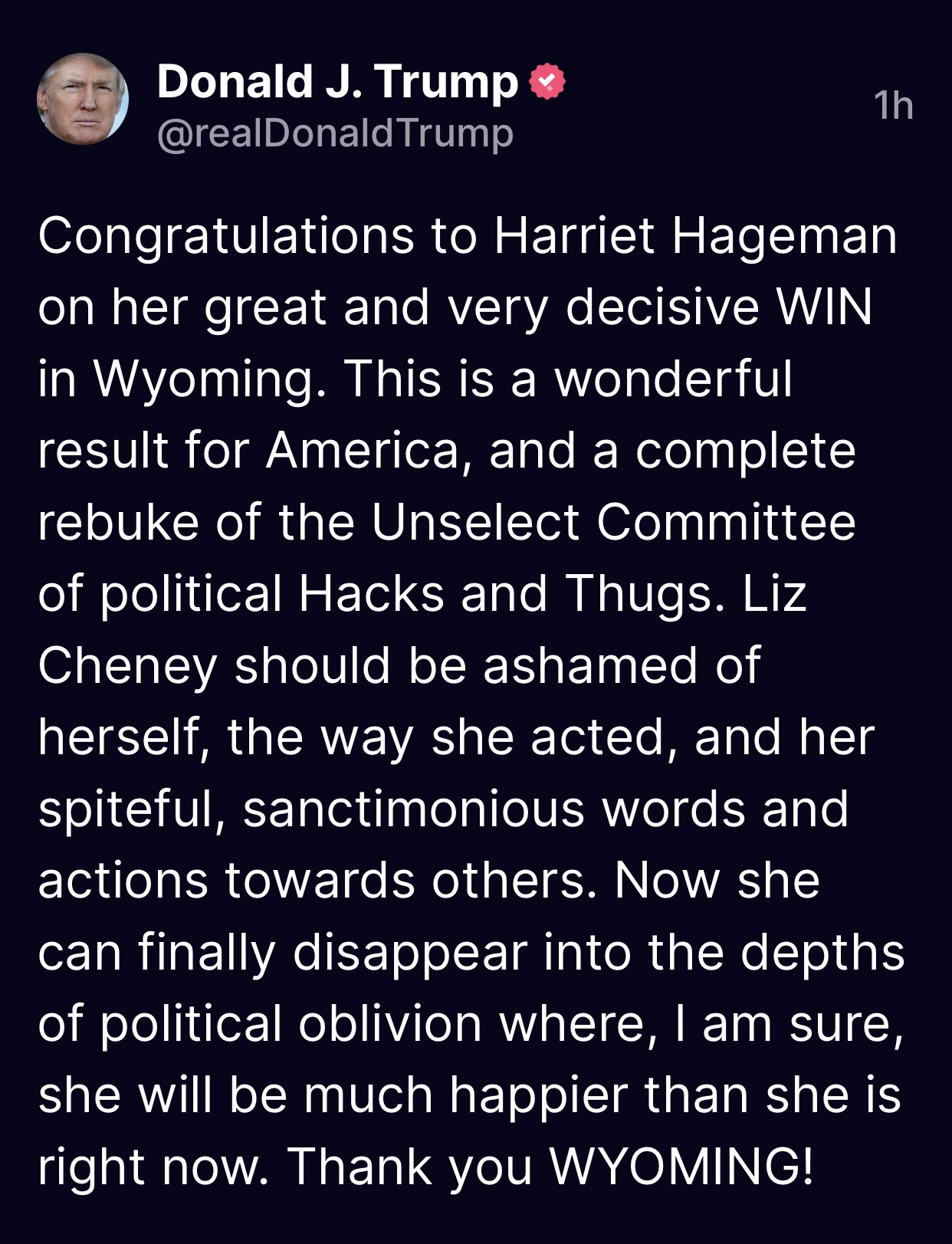 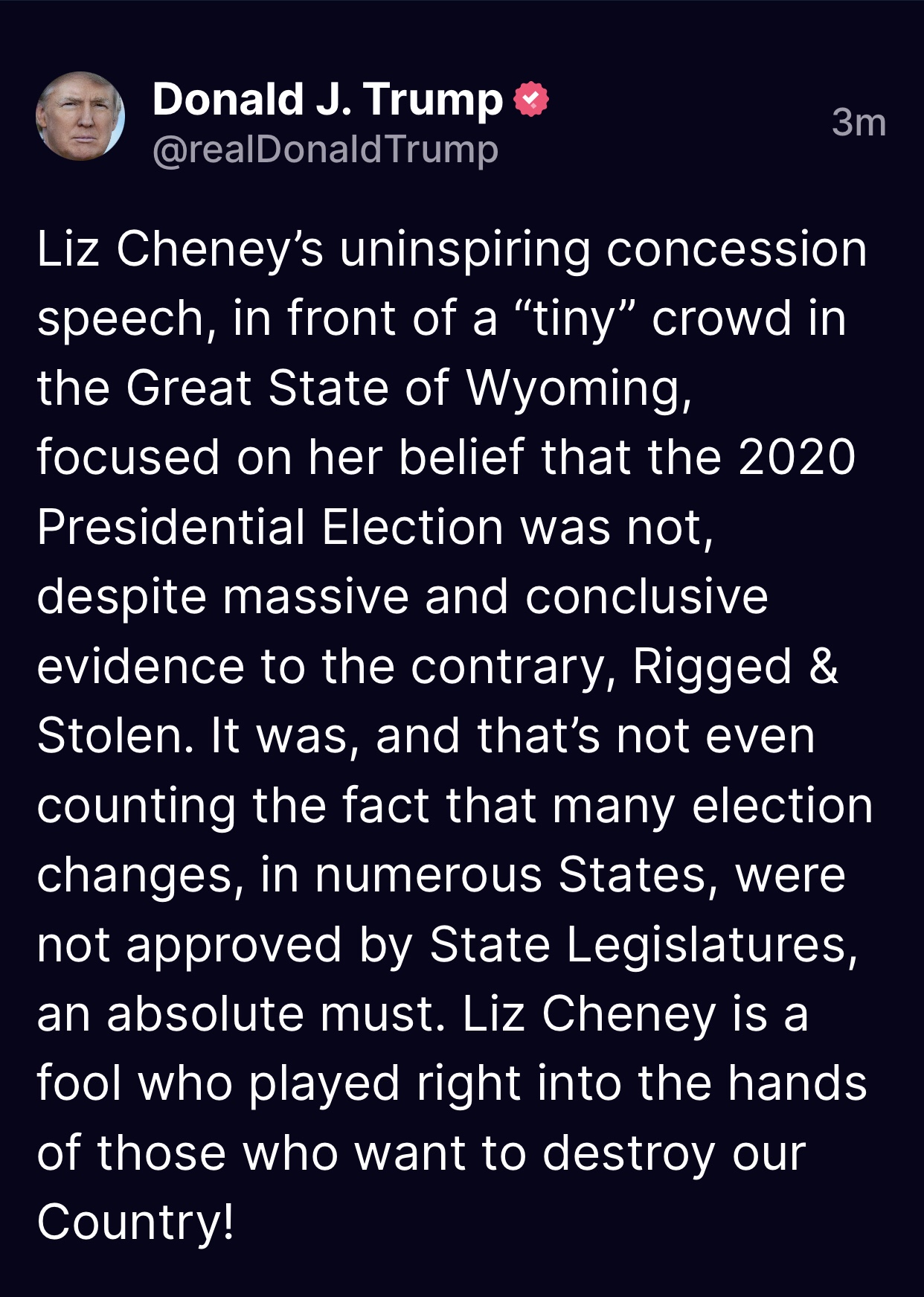 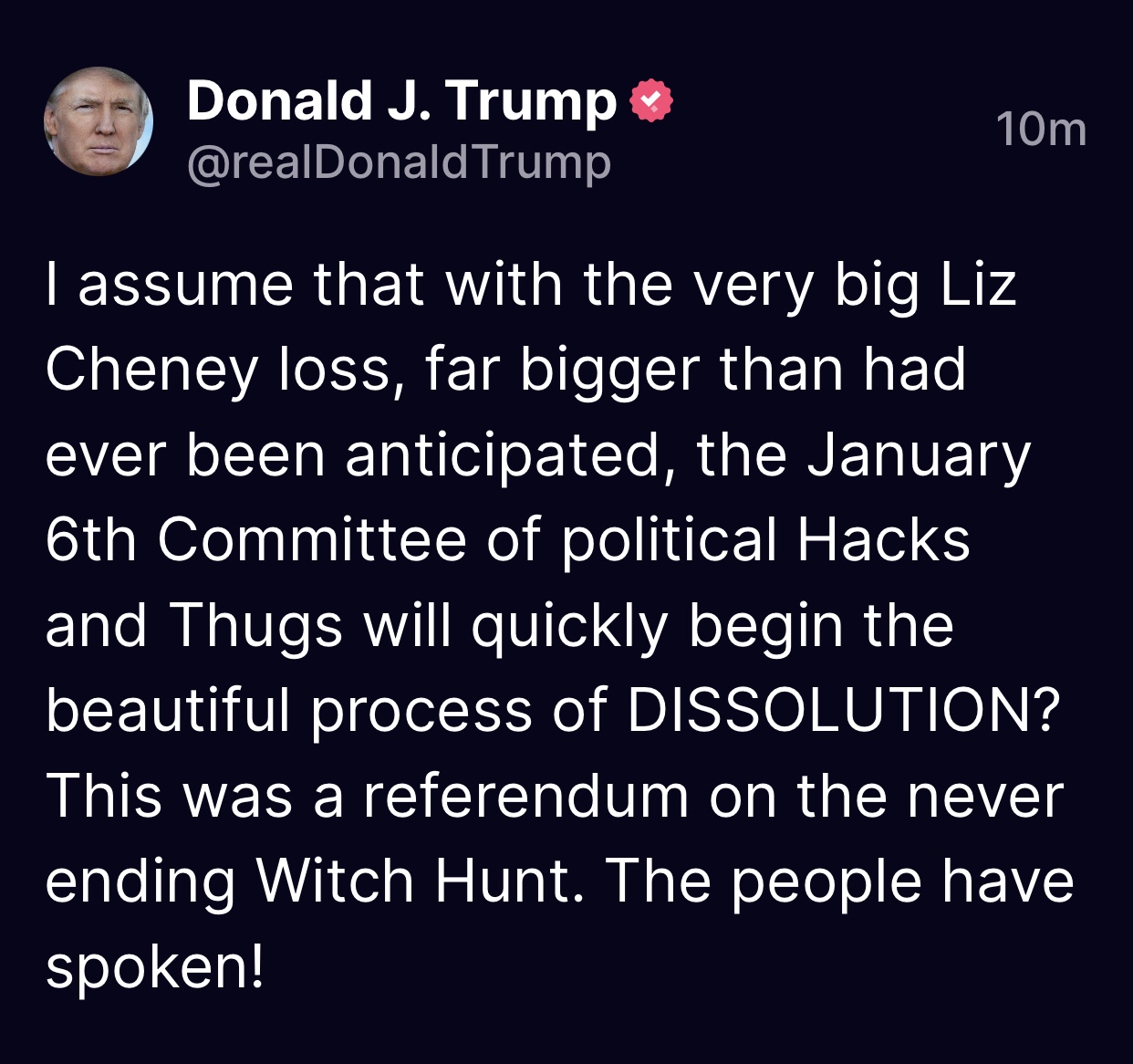