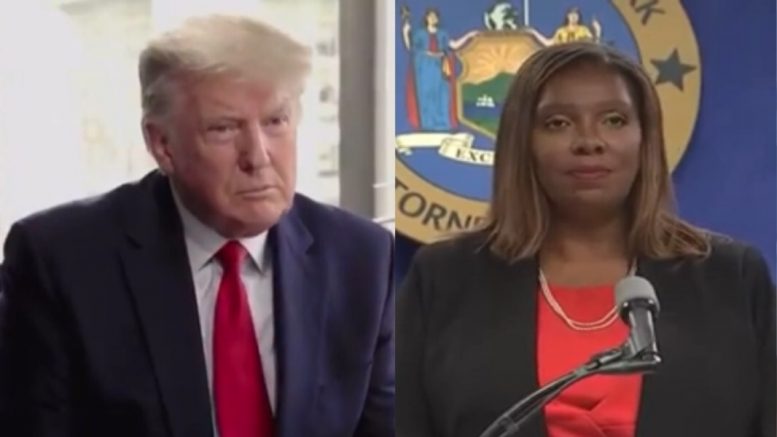 Trump was subpoenaed to testify over his family and the Trump Organization’s business practices.

In his statement, President Trump explained why he declined to answer and highlighted example of how Letitia James has attacked him over the years.

“[U]under the advice of my counsel and for all of the above reasons, I declined to answer the questions under the rights and privileges afforded to every citizen under the United States Constitution,” his statement read on Truth Social.

“James developed a political platform and made a career out of maliciously attacking me and my business before she was even elected, or reviewed one of the millions of pages of documents we willingly produced,” Trump pointed out.

In a separate post, Trump wrote on Truth Social, “At the very plush, beautiful, and expensive A.G.’s office. Nice working conditions, as people are being murdered all over New York – and she spends her time and effort on trying to ‘get Trump.’ Continued Below

This woman literally campaigned on "getting Trump" and has no interest in fair and equal Justice. She's hellbent on using her office to destroy my father. The way Dems have politicized the legal system to attack their political opponents is DISGRACEFUL.pic.twitter.com/8ghrFE02xr 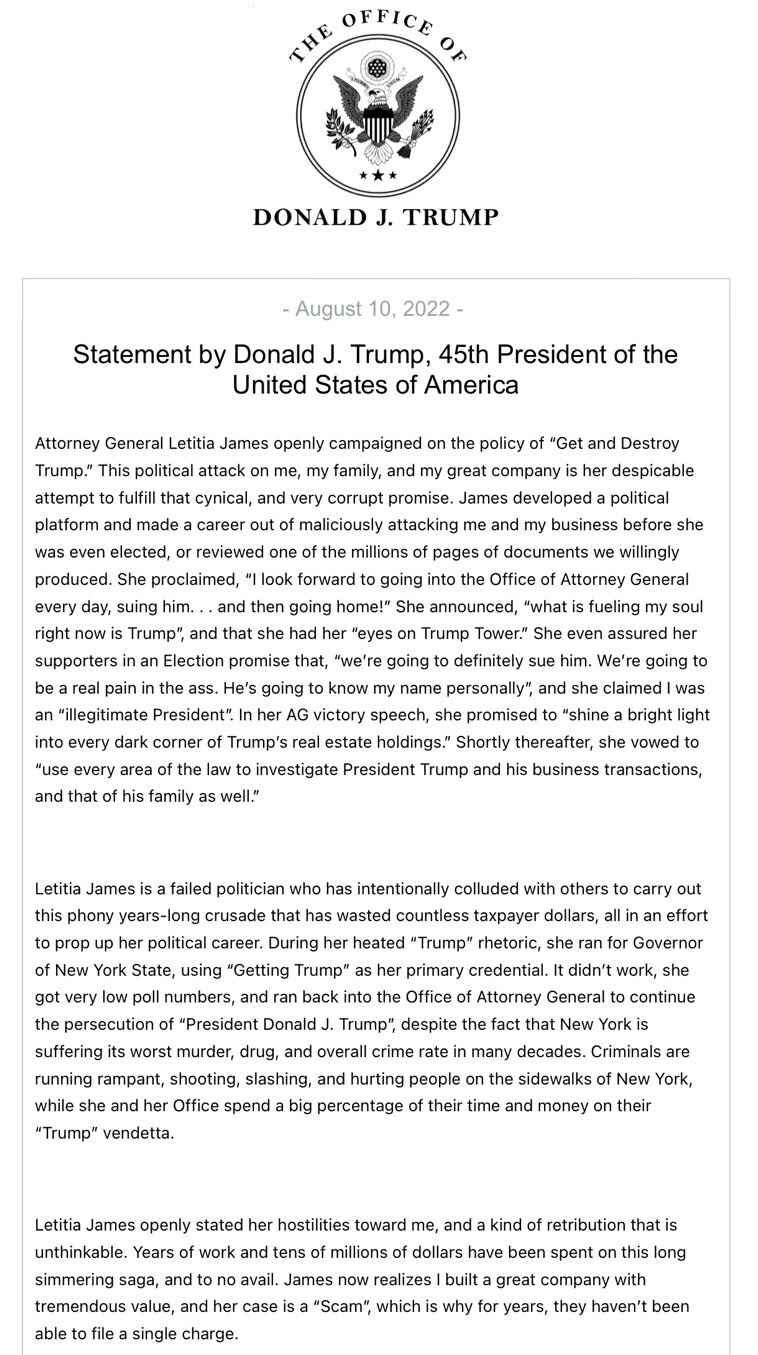 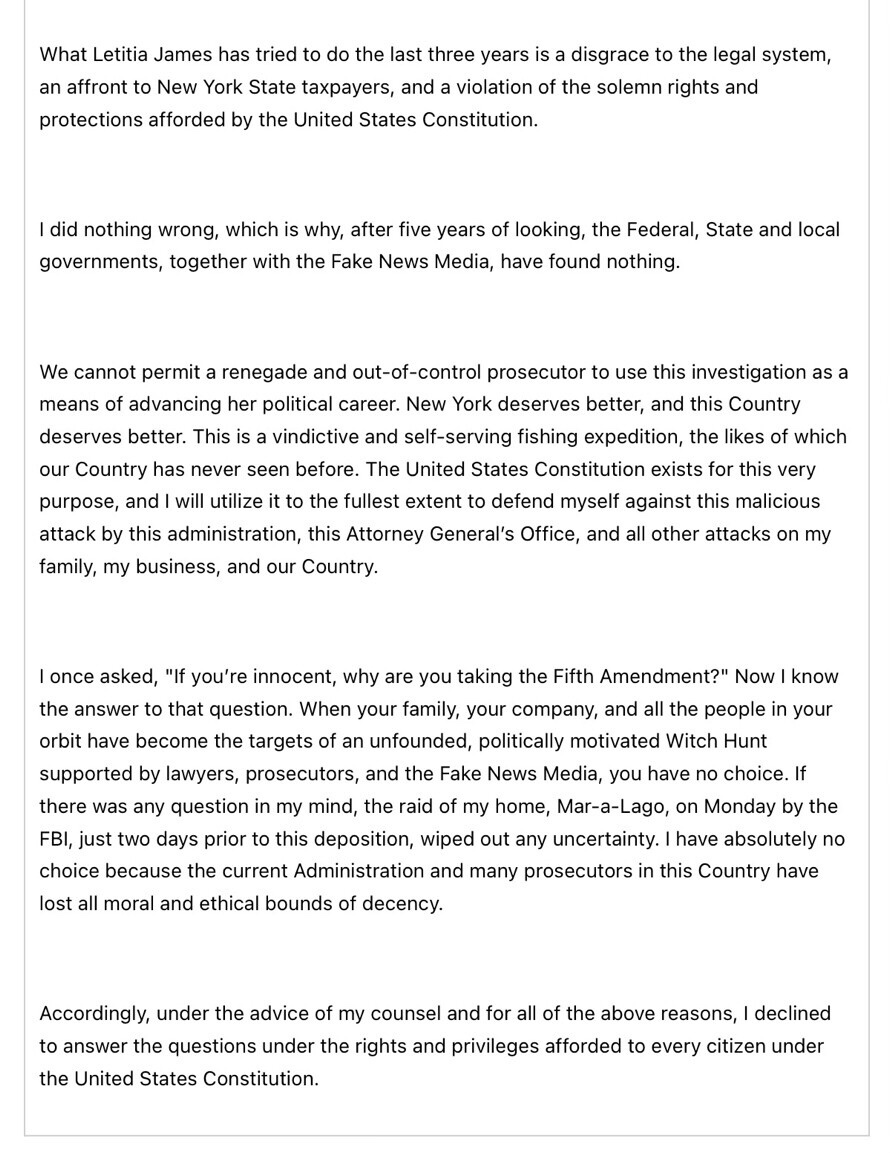 Trump On Biden’s 2nd Solo Press Conference: “How Come Biden Picks A Reporter Off A List…Then Reads The Answer?”