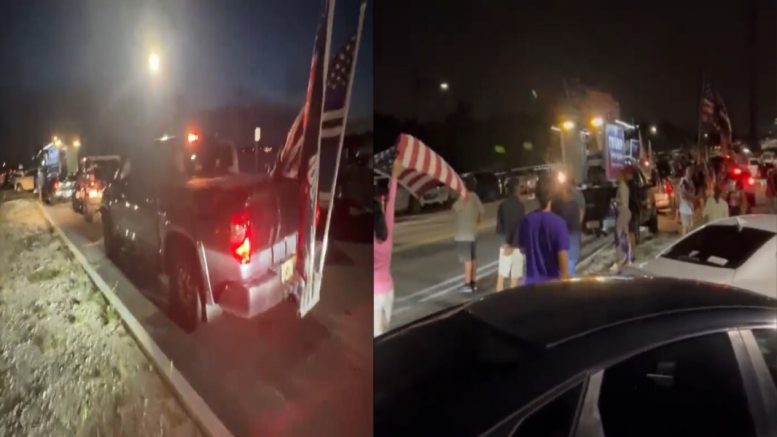 Supporters of President Donald Trump gathered outside of his Mar-a-Lago home in Florida Monday evening following the news that the FBI raided the 45th President’s home.

Videos shared on Twitter showed footage of supporters with with “Save America” signs and American flags to show their support for President Trump. Lee Greenwood’s song, “God Bless the USA,” which has become Trump’s signature song when he makes his appearance at rallies could also be heard playing.

45th President Donald Trump issued a statement on Monday from Truth Social reporting that his Mar-A-Lago home in Florida is “under siege” by a “large group” of FBI agents, describing it as “dark times for our nation”. 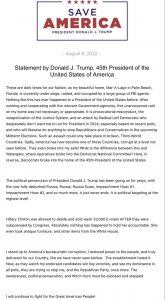