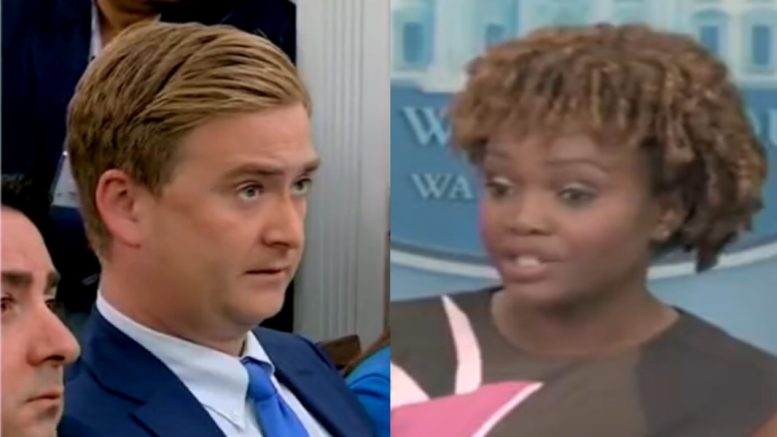 “First of all, we’re just not going to comment under the Department of Justice investigations,” the press secretary said.

“Is this White House weaponizing the Justice Department and the FBI against political opponents?” Doocy then directly asked her.

Jean Pierre deflected from Doocy’s question and refused to answer “yes or no”, but claimed the White House was not going to comment on a “criminal investigation”.

DOOCY: “Is this White House weaponizing the Justice Department and the FBI against political opponents?”

Karine Jean-Pierre dodges and REFUSES to say no pic.twitter.com/3UtjNfTgNO

Doocy also wondered if she considers Donald Trump to be a “political rival” of Joe Biden:

DOOCY: "Do you consider Donald Trump to be a political rival of president Biden?"

JEAN-PIERRE: "I'm not going to speak to that from here."

DOOCY: "But you talk about Trump all the time…"

JEAN-PIERRE: "I don't talk about Trump all the time."

(Related: ‘Biden Knew All About This’: Trump on FBI Raiding his Mar-a-Lago Home on Monday