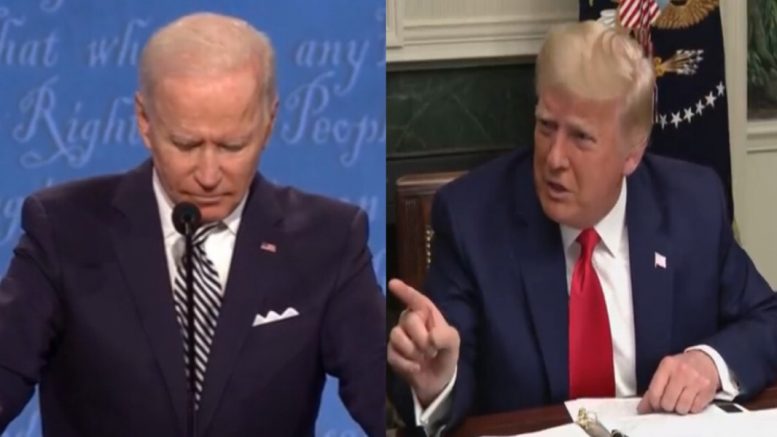 45th President Donald J. Trump issued a series of posts Tuesday on Truth Social suspecting that “Joe Biden knew all about this” following Monday’s FBI raid at his Mar-a-Lago estate in Palm Beach, Florida while he was away in New York City.

An FBI source confirmed that FBI agents from Washington, D.C. who are on the bureau’s Evidence Response Team conducted the raid and notified the Miami Field Office just before, Fox News reported.

“To make matters worse it is all, in my opinion, a coordinated attack with Radical Left Democrat state & local D.A.’s & A.G.’s,” he said.

Trump suspected that Democrat career politician Joe Biden knew was raid was going to be carried out, despite the White House on Tuesday claiming otherwise.

“What took place yesterday, and long before, was an unprecedented infringement of the rights of every American citizen. Scam after Scam, year after year, it is all the Radical Left Democrats really know, it is their lifeblood – they have no shame. Our Country is paying a very big price!!!” Trump also said.

Fox News reported that “sources” told the cable network the FBI’s raid of Mar-a-Lago is related to the materials Trump allegedly brought to his private residence after his presidency concluded. That matter was referred to the Justice Department by the National Archives and Records Administration, which said it found classified material in 15 boxes at the residence.

Federal law bars the removal of classified documents to unauthorized locations, though it is possible that Trump could try to argue that, as president, he was the ultimate declassification authority. 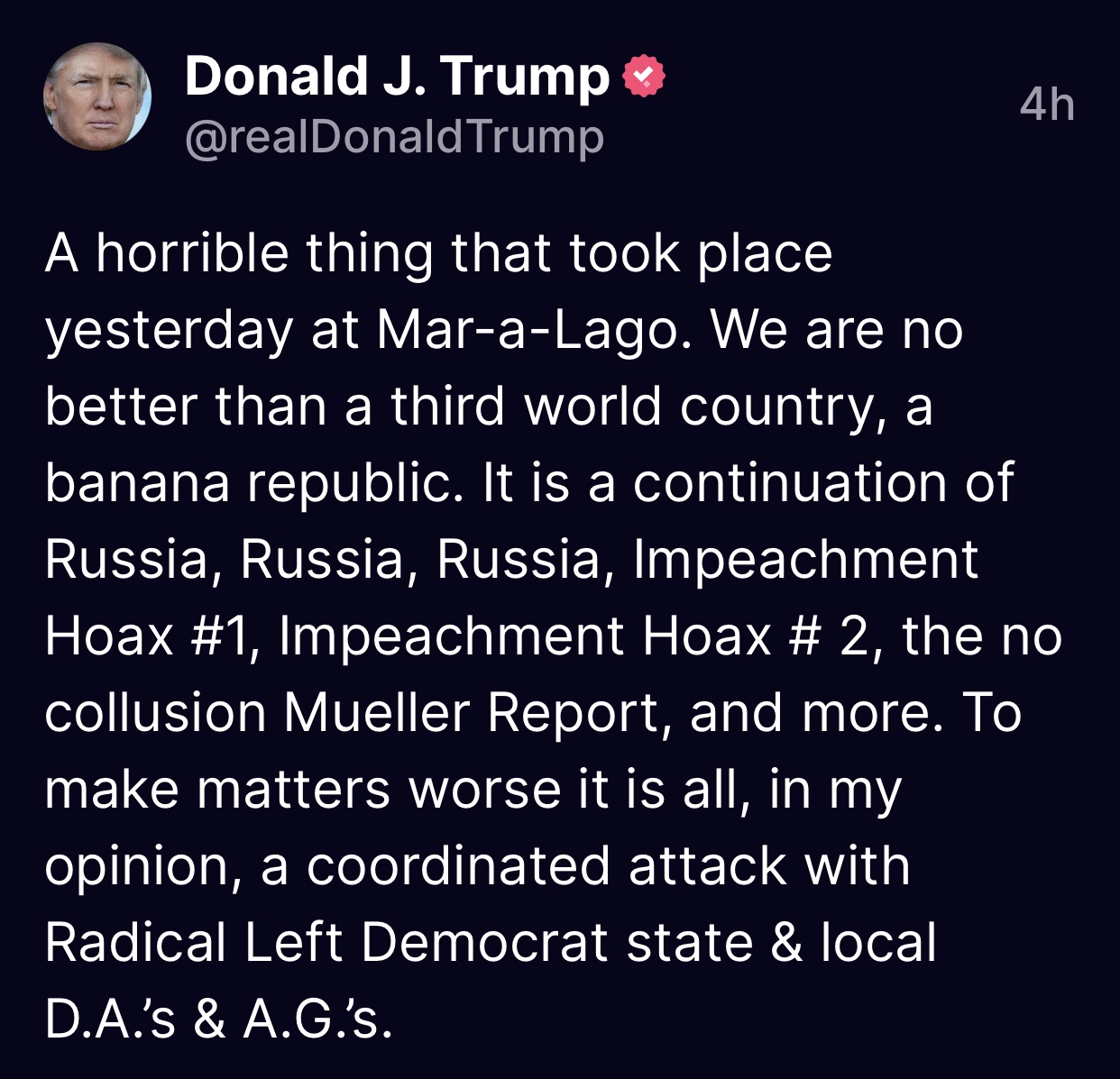 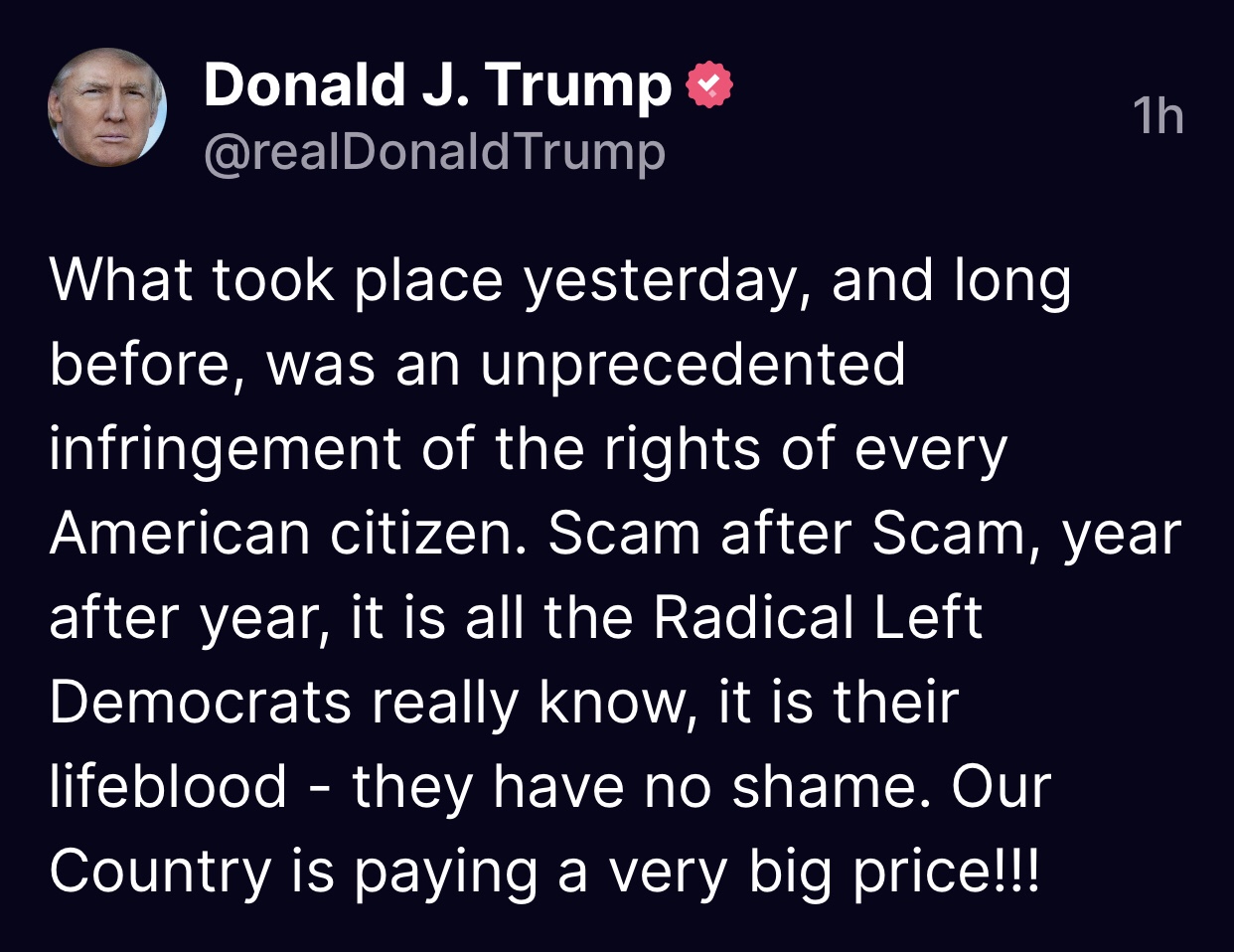 Related: WATCH: Trump Releases Video Hours After FBI Raids his Mar-a-Lago Home: ‘The Best is Yet to Come’