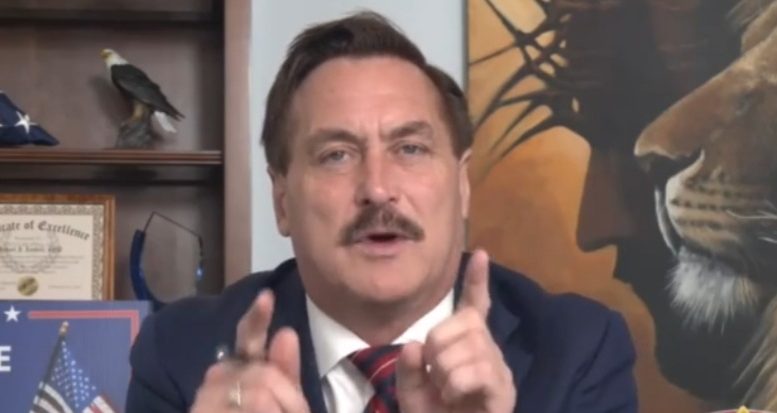 MyPillow CEO Mike Lindell is thrilled with the results of the primary election results in Arizona where all Trump-endorsed candidates won their contests. However, he is now warning that anti-Trump forces appear to be trying to “steal” the election from gubernatorial candidate Kari Lake who won by a slim margin compared to the landslide victories of other Trump-endorsed candidates, like Mark Finchem and Abraham Hamadeh.

Lindell is now calling on the public to “overwhelm” Arizona’s voting machines in the 2022 midterms to ensure elections will not be stolen.

“The same day voting, 70/30. These are the real votes rolling in, everybody,” Lindell said. “All these America first candidates from Mark Fincham on down, they all just completely overwhelmed their opponents and then all of a sudden you don’t think these people didn’t vote for Kari Lake?”

“They tried, Steve, [to steal it from Kari], and they’re still going to try, but what we have to do this fall, everybody, is to just overwhelm the machines, whatever ones we can’t get rid of,” he declared.