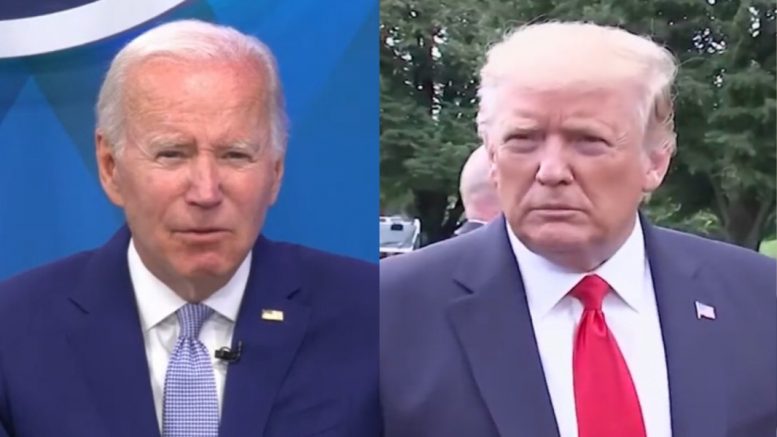 45th President Donald J. Trump issued a statement via email from his “Save America” PAC on Wednesday as inflation accelerated more than expected to a new four-decade high in June.

The Labor Department said Wednesday that the consumer price index, a broad measure of the price for everyday goods, including gasoline, groceries and rents, rose 9.1% in June from a year ago. Prices jumped 1.3% in the one-month period from May. Those figures were both far higher than the 8.8% headline figure and 1% monthly gain forecast by Refinitiv economists. It marks the fastest pace of inflation since December 1981, Fox Business reported.

“Inflation just hit ANOTHER 40-year high of 9.1%, which is terrible for our Country,” 45th President Donald Trump reported in his email statement.

“Our Country is so weak right now because the Radical Left Democrats have no clue what they are doing. All they want to do is ‘get Trump,’ and they are willing to destroy our Nation to do it,” Trump said.

“America will not allow this to go on for much longer. Don’t vote for the Radical Left Democrats, vote for America First Republicans—Save America!” he urged. 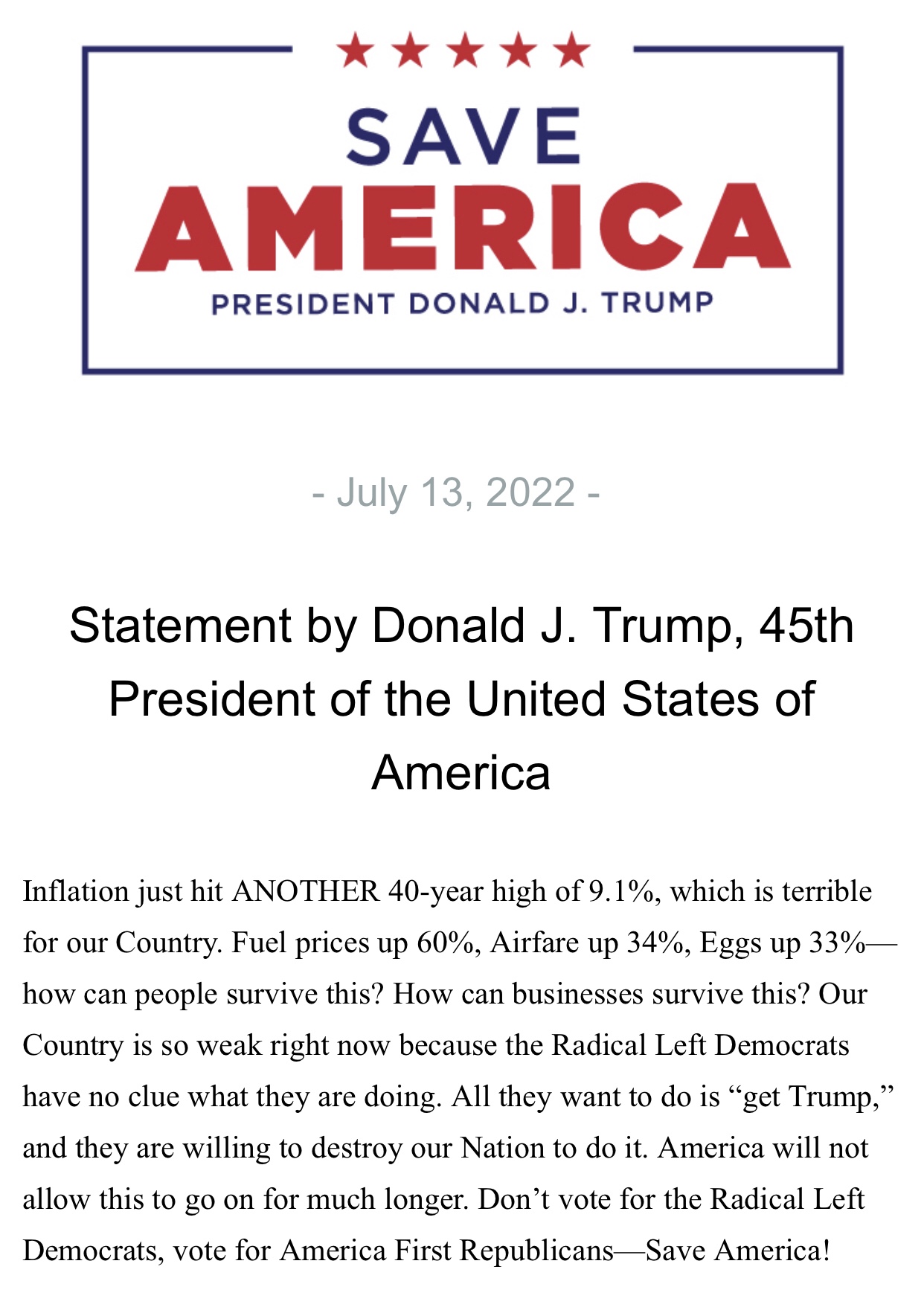 We leave you with a video compilation of the Biden administration’s previous comments over inflation:

Trust the inflation experts, guys. This is absolutely devastating for the clueless Biden administration. Biden’s presidency would have been far better if he’d pulled a Costanza and just done the exact opposite of everything he thought he should do: pic.twitter.com/m0a01kSvDh