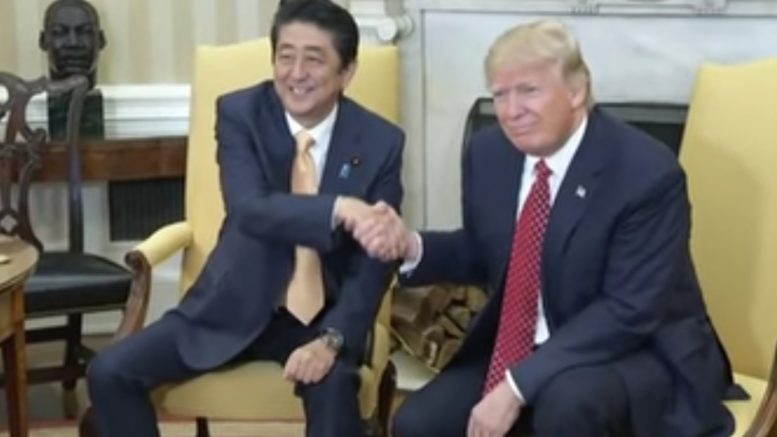 Abe was shot while giving a campaign speech in the city of Nara Friday morning, according to Axios. He was rushed to the hospital, but pronounced dead later Friday. He was 67.

One man was arrested at the scene of the shooting and was taken into custody.

He continued, “Former Japanese Prime Minister Shinzo Abe is dead. He was assassinated. His killer was captured and will hopefully be dealt with swiftly and harshly. Few people know what a great man and leader Shinzo Abe was, but history will teach them and be kind. He was a unifier like no other, but above all, he was a man who loved and cherished his magnificent country, Japan. Shinzo Abe will be greatly missed. There will never be another like him!” 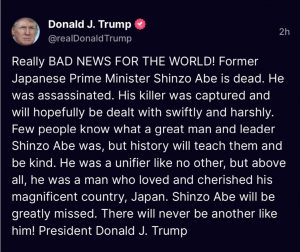 Trump shared a friendship with Abe during his 4-year term as President, where the two played golf and dined out together with their spouses, signifying to the world a close relationship between the United States and Japan. In ending, here’s video of the pair shaking hands during Abe’s visit to the White House while Trump was President: