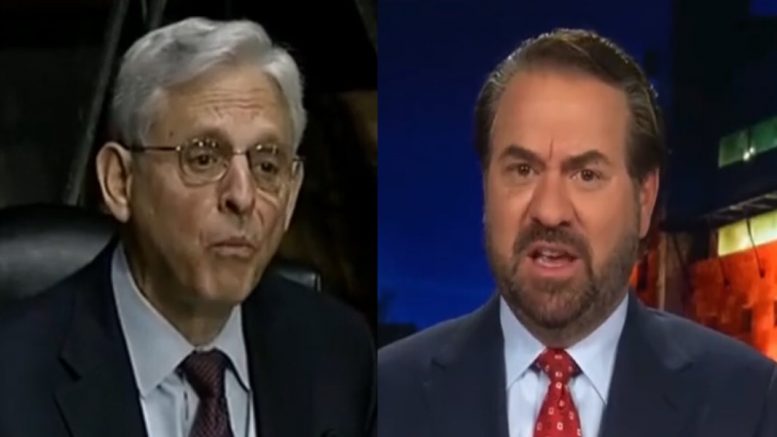 The Justice Department filed a lawsuit Tuesday against Arizona challenging its recently enacted voting law set to take effect in January 2023 that requires proof of citizenship in order to vote in presidential elections, according to a press release from Joe Biden’s Justice Department, as previously reported by The Freedom Times.

The move from the Department of Justice came after Governor Doug Ducey signed the bill into law on March 30 of this year. “Election integrity means counting every lawful vote and prohibiting any attempt to illegally cast a vote,” Ducey wrote in a letter at the time he signed the bill. “H.B. 2492 is a balanced approach that honors Arizona’s history of making voting accessible without sacrificing security in our elections.”

The United States’ complaint contends that House Bill 2492 violates the National Voter Registration Act by requiring that applicants produce documentary proof of citizenship before they can vote in presidential elections or vote by mail in any federal election when they register to vote using the uniform federal registration form created by the NVRA, the DOJ’s press release states in part.

“This really is the height of hypocrisy, absurdity,” Attorney General Mark Brnovich told host Jason Chaffetz on Fox News. “It’s curious that Arizona passes a law that says you have to prove you’re a citizen in order to vote in a presidential election or vote by mail, and at the same time, the Biden administration is going to sue us while they’re allowing millions of people to illegally enter the country”.

“So I guess — and in addition to giving people flights and hotel rooms, they now want to give them a right to vote, even though they’re not citizens,” Brnovich suspected.

“The hard left, the neo-Marxists’ vision is to have no borders. They want this socialist utopia. That’s why they’re trying to nationalize our elections, socialize our economy, but I think the reality is … most people that are fleeing these socialist countries know the economic basket cases. So why in the hell would people vote Democrats when they’re promising more socialism in this country?” Brnovich asked.

“In Joe Biden’s twisted version of America, anyone can apparently enter the country, enter a voting booth, and even a women’s restroom without any consequences,” he said.

Asked what is the next step with the lawsuit, Brnovich replied, “I’m a fighter, so we’ll once again see the Biden administration in the courts. This is a federal court, and I’m gonna do everything I can to preserve Arizona’s election integrity measures”.

.@GeneralBrnovich response to the DOJ’s lawsuit over proof of citizenship to vote law. pic.twitter.com/bP8tn9u4q0