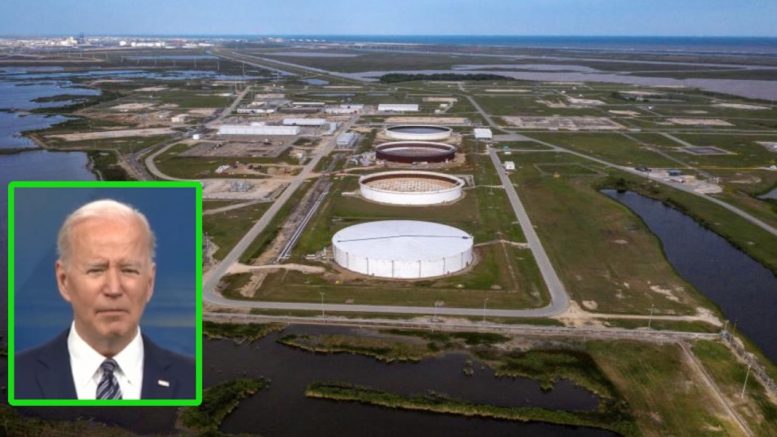 More than 5 million barrels of oil that were part of a historic U.S. emergency oil reserves release aimed at lowering domestic fuel prices were exported to Europe and Asia last month, according to data and sources, even as U.S. gasoline and diesel prices touched record highs, Arathy Somasekhar at Reuters reported.

About 1 million barrels per day is being released from the Strategic Petroleum Reserve (SPR) through October. The flow is draining the SPR, which last month fell to the lowest since 1986.

As reported by Arathy Somasekhar at Reuters:

The fourth-largest U.S. oil refiner, Phillips 66 (PSX.N), shipped about 470,000 barrels of sour crude from the Big Hill SPR storage site in Texas to Trieste, Italy, according to U.S. Customs data. Trieste is home to a pipeline that sends oil to refineries in central Europe.

Cargoes of SPR crude were also headed to the Netherlands and to a Reliance (RELI.NS) refinery in India, an industry source said. A third cargo headed to China, another source said. At least one cargo of crude from the West Hackberry SPR site in Louisiana was set to be exported in July, a shipping source added.

In a tweet on Saturday, Biden allegedly wrote, “My message to the companies running gas stations and setting prices at the pump is simple: this is a time of war and global peril. Bring down the price you are charging at the pump to reflect the cost you’re paying for the product. And do it now.”

Bezos responded on Twitter, writing: “Ouch. Inflation is far too important a problem for the White House to keep making statements like this. It’s either straight ahead misdirection or a deep misunderstanding of basic market dynamics.”

Ouch. Inflation is far too important a problem for the White House to keep making statements like this. It’s either straight ahead misdirection or a deep misunderstanding of basic market dynamics. https://t.co/XgKfEICZpk

Vernon Jones To CNN Reporter: “You All Have Never Had Me On Your Show…You Don’t Want Me On There Calling Joe Biden A Bigot”