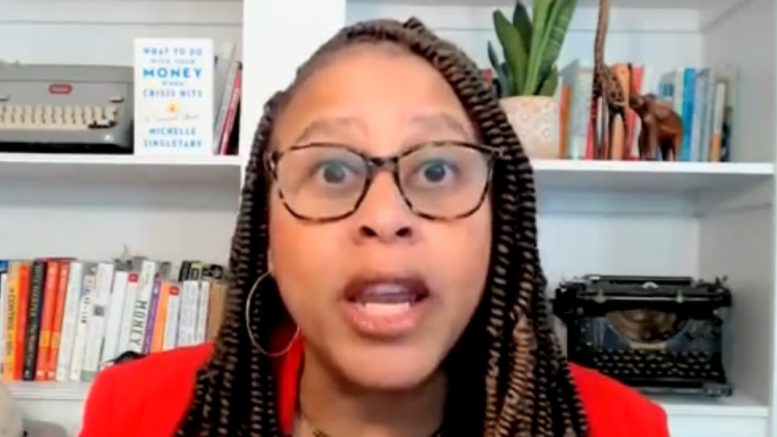 During a Wednesday airing on MSNBC, a guest suggested — amid inflation and historically high gas prices — to “stop complaining” and to “calm down and back off”.

The national average per gallon on Monday stood at $4.98, just pennies off the high of $5.02 reached a week earlier, according to AAA. Moreover, from May 2021 to May 2022, the Consumer Price Index for All Urban Consumers increased 8.6 percent, the largest 12-month increase since the period ending December 1981, the U.S. Bureau of Labor Statistics reports.

“There is a great deal of Americans where it is uncomfortable that they’re spending more, but they are not gonna go under,” a guest on MSNB said Wednesday.

“You’ve got to stop complaining when there are so many people who literally think inflation rate means they may only have two meals instead of three,” she said.

“There are Americans who do extremely well in the last two years in the market. You still have your job. And yeah, it’s costing you more in gas. But guess what? You’re gonna take that holiday — that Fourth of July vacation. You can still eat out,” the guest claimed.

“So I’m gonna need you to calm down and back off,” she said. Video Below

WaPo’s Michelle Singletary: “There’s a great deal of Americans where it is uncomfortable that they’re spending more, but they are not going to go under. You know, you got to stop complaining … Overall, many Americans are not suffering as much as they think they are.” pic.twitter.com/epCwq6NeG2