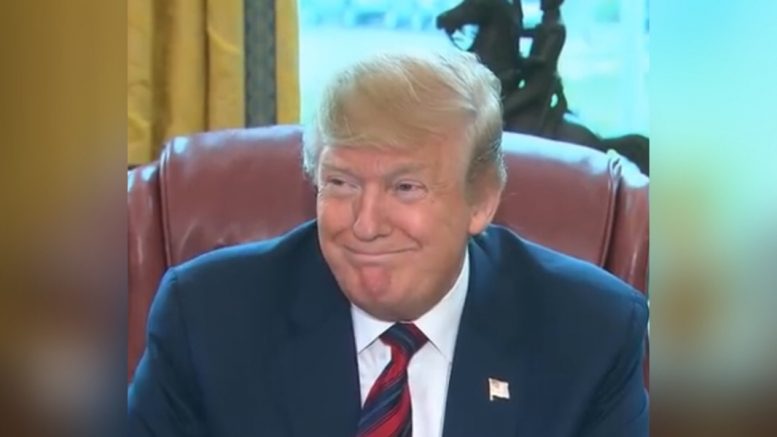 45th President Donald Trump reacted Tuesday on his social media platform, Truth Social, as the January 6th [Uni-party] House select committee has abruptly postponed its next hearing, which was scheduled for Wednesday. The following hearing is reportedly scheduled for Thursday afternoon.

According to Nielsen Media Research, an estimated 20 million Americans tuned into last Thursday night’s primetime hearing, which appears to be about 6% of the entire population of the country.

Rep. Zoe Lofgren of California, a member of the committee, told reporters that the reason for the rescheduling was due to “technical issues” and “not a big deal.”

“It’s just technical issues,” she said. “You know the staff, putting together all the videos. You know doing, one, two, three, it was overwhelming. So we’re trying to give them a little room.”

But when asked later if Lofgren’s explanation of the hearing postponement is accurate, a committee aide said “no.” The aide said the hearing has been “postponed to accommodate scheduling demands”, ABC News reports.

“Word out that the reason the Unselects have canceled Wednesday’s Kangaroo Court is a total lack of interest leading to very poor television ratings. Could this be so?” Trump wrote on Truth Social Tuesday in response.

“Maybe they should try getting a more talented Hollywood producer than the former President of ABC Fake News. He didn’t do so well!” he opined, referring to former ABC News President James Goldston, who the committee hired to produce the hearing like “a blockbuster investigative special”.

In another post on his platform, the 45th President wrote Tuesday, “The Unselects are going against me because I am the only one who can fix our endangered Country, and they want to DESTROY it! People want to go back to where we were just two years ago.”

On Monday, Trump also said on Truth Social: “Does anybody notice that the Unselect Committee refuses to discuss or debate, in any way, shape, or form, the many irrefutable types of Election Fraud and Irregularities found in the 2020 Election? This is Cancel Culture because they know that they have zero chance of winning that debate. So sad to see our Country falling apart!”

He added, “The Unselect Committee refuse to debate the Election results, the reason for the massive crowd on January 6th, because they can’t!”

“Perhaps the reason is that it is being ‘sponsored’ by Adam ‘Shifty’ Schitt and the same people that brought you the Russia, Russia, Russia HOAX, and that the Unselects are not interested in hearing from anyone saying the Election was Rigged and Stolen, despite the EVIDENCE being irrefutable!” the Trump said, taking a swipe at California Democrat Rep. Adam Schiff, the House Jan. 6 committee member who led the first impeachment against the 45th President.