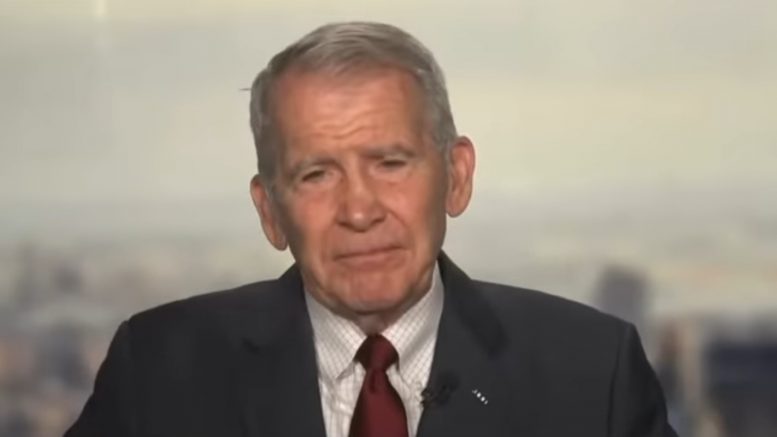 Retired Marine Corps Lt. Colonel Oliver North declared on Sunday warned that the United States is in “cataclysmic decline because we have driven out God.”

The former Colonel went on to tell Fox News host Maria Bartiromo that the only way to fix the decline is to “turn to fundamental values” that America was founded on, most importantly the Declaration of Independence and the U.S. Constitution, which “pay homage to God,” according to North.

As an example, Mr. North said that in 1961, he was part of the last high school class “that could actually say the prayer in our public schools” before the U.S. Supreme Court banned it, which is as follows:

“Almighty God, we acknowledge our dependence upon Thee and beg Your blessing on us, our parents, our teachers and our country.”

“That was it, and that was deemed by the Supreme Court in 1962 to be unconstitutional, and then we went on to create a ‘right’ — a choice for abortion and drove the sanctity for human life out of our lives,” North said. “What we’ve got to do in this country is we turn to the fundamental values that founded this nation by the great fathers who created the Constitution and the Declaration of Independence — the two seminal documents in the world that pay homage to God almighty.”