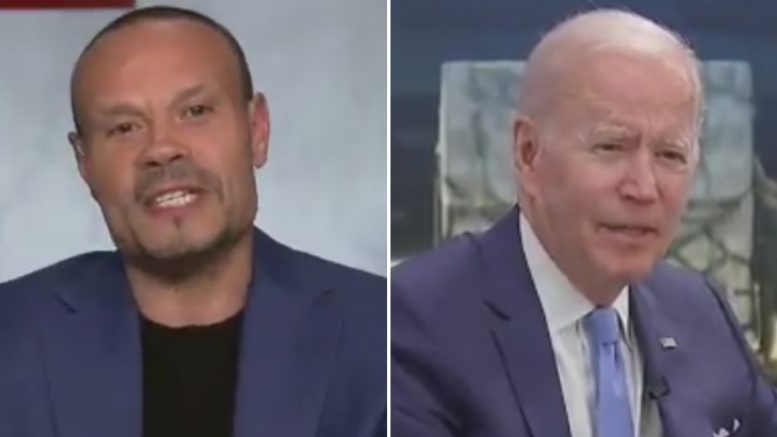 Dan Bongino slammed the Biden Administration’s failure to respond when all the “signs” of crisis were “right in front of their face” before they unfolded.

The remarks from Bongino come as Americans record high inflation, soaring fuel prices and chaos at the southern border.

Related Article: Sen. Kennedy: ‘The Price of Gas Is so High that It Would Be Cheaper to Buy Cocaine & Just Run Everywhere’

“The Biden Administration has proven that not only  they lack any ability to see around corners, but they ignore the signs all together when they’re right in front of their face,” declared Bongino on his Saturday night program.

“We’re not talking about cryptic science here,” he added. “These aren’t crop circles like the movies’ signs. Biden is literally being told what’s gonna happen, but he’s either incapable or completely unwilling to respond.”

“Again, imagine being handed your opponents playbook and still blowing the game!” Video Below

"Imagine being handed your opponent's playbook and still blowing the game"@dbongino slams President Biden's failures in every category from the border to inflation in tonight's explosive opening monologue pic.twitter.com/HUVAcJCLWF