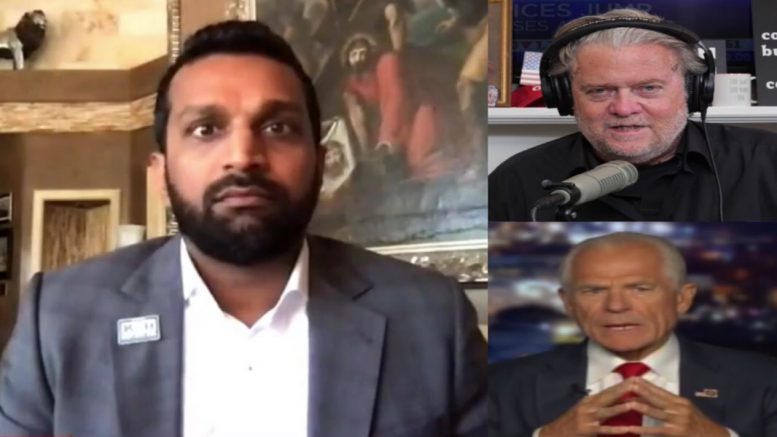 “The left and the Justice Department could not have picked two worse targets because these guys are loaded for bear,” Kash Patel said during a Wednesday interview on Newsmax.

“They are not going to take a knee. They are going to bring the fight to their doorstep and make sure the media covers it,” Patel suspects.

Lawyers for Steve Bannon are now seeking testimony and documents from House Speaker Nancy Pelosi (D-CA) and other lawmakers, including members of the Jan. 6 committee.

Meanwhile,  Peter Navarro may be slapped with a gag order pertaining to his high-profile arrest for ignoring a January 6 Committee subpoena, if the Biden Justice Department has its way, according to Fox News. Continued Below

“First of all, Merrick Garland there put me in leg irons last Friday, refused me access to an attorney while I sat in solitary confinement without food or water. And while I was in there, the Justice Department leaked that I had been arrested – to the press,” Navarro said. “So if they want to start doing gag orders and messing around with communications to the press, I think they should start there.”

Related: Steve Bannon: “This Is Gonna Be The Misdemeanor From Hell For Merrick Garland, Nancy Pelosi & Joe Biden”