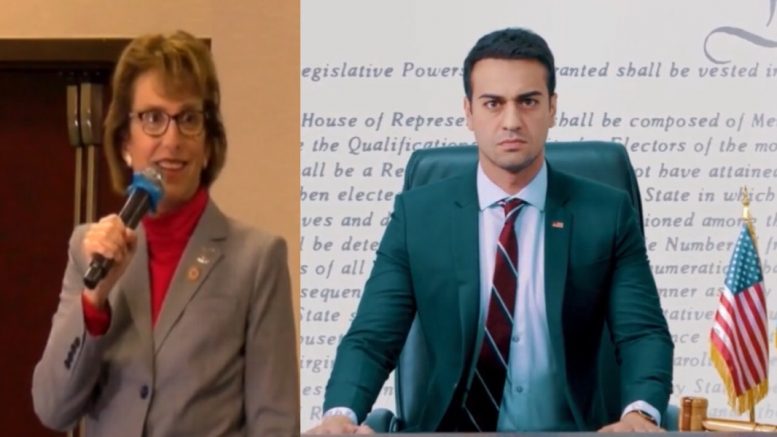 Arizona State Senator Wendy Rogers (R) reported that she is endorsing Abraham Hamadeh for Arizona Attorney General in the November midterm election, urging voters to support his campaign because he will potentially take action regarding the Arizona audit results that Attorney General Mark Brnovich has failed to act on.

Hamadeh, a U.S. Army reserves intelligence officer who recently completed a tour in Saudi Arabia, is among six Republican candidates for attorney general in the Grand Canyon State.

“I endorse Abraham Hamadeh for Arizona Attorney General. He is a Captain in the US Army Reserves, a former prosecutor and he is a fighter,” Senator Rogers said in a statement on Twitter June 1. “He is already getting attacked by the radical left before he is even in office.

“Abe will be a staunch defender of our freedom, our elections, our border and our gun rights,” she said of the Army reserves intelligence officer.

“I want to see more arrests and Abe will get it done. Please join me in supporting his campaign,” the Arizona lawmaker urged.

Hamadeh released a video ad vowing to defend Arizonans against government overreach, unsecured borders, and defend the Constitution. “I understand that the Constitution is our greatest protector and the law can be our greatest weapon to preserve the American ideals that make this country great,” he said.

elections, our border and our gun rights. I want to see more arrests and Abe will get it done. Please join me in supporting his campaign. (2/2)

Current Attorney General Mark Brnovich, who is in his second term and cannot run again due to term limits.

Find out more details & get your tickets here: https://t.co/rL3jK7Ee7Q pic.twitter.com/mi0j7yjXG7

AZ State Rep. Jake Hoffman To The Biden Administration: “Stay The Hell Out Of Our Way”