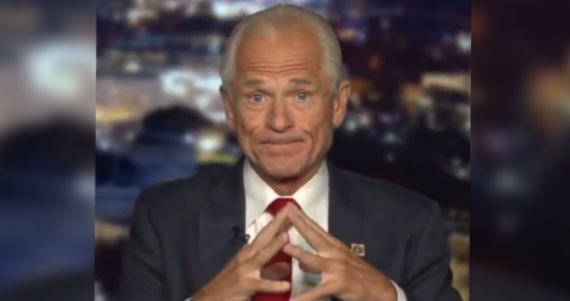 Navarro said he was put in handcuffs and “leg irons” while being arrested after trying to board a flight at the airport in Nashville on Friday.

“Navarro, 72, was indicted on charges of contempt of Congress on Friday after repeatedly defying the orders of the House Committee investigating the January 6 riot, per unsealed court documents,” as reported by Business Insider. “On Friday, Navarro was taken into custody by authorities where he remained until he appeared in court for arraignment later the same day, the US Attorney’s Office told NBC News. Following his initial appearance, Navarro described his arrest while talking to reporters outside the federal courthouse.”

“They chose a different route. They didn’t call my attorney,” Navarro said on Monday regarding his arrest. “Instead, they went with this shock-and-awe terror strategy – They let me go to the airport and then take me with five agents, like I’m an Al Qaeda terrorist.”

“At one point the FBI agents couldn’t find the door to go into where I was supposed to g
o, the fingerprint machine didn’t work, but… people do not want to sit in solitary confinement in leg irons, denied food, denied water, denied an attorney and… this is what we live in,” he declared.