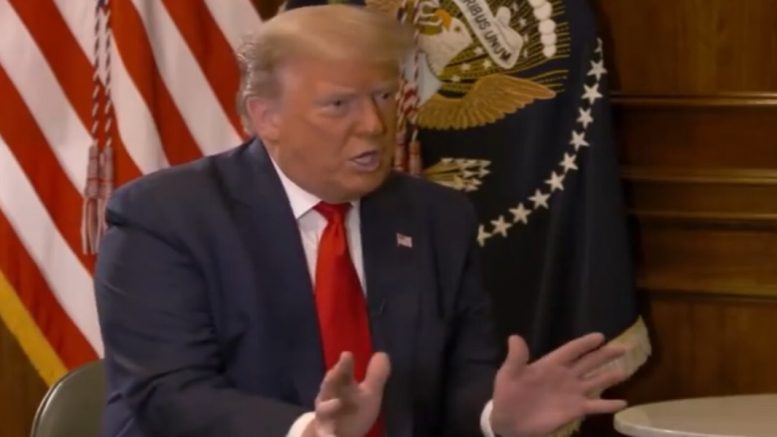 45th President Donald J. Trump issued a statement on Truth Social Tuesday after a jury found Michael Sussmann not guilty of making a false statement to the FBI in September 2016 when he said he was not working on behalf of any client — after he brought information alleging a covert communications channel between the Trump Organization and Russia’s Alfa Bank.

After a two week trial, and more than a day of deliberations, the jury found that Special Counsel John Durham’s team had not proven beyond a reasonable doubt that Sussmann’s statement was a lie, and that he was, in fact, working on behalf of Hillary Clinton’s presidential campaign and technology executive Rodney Joffe when he brought two thumb drives and a white paper alleging a Trump-Russia connection, Fox News reported.

In a statement Tuesday, Trump wrote, “Our Legal System is CORRUPT, our Judges (and Justices!) are highly partisan, compromised or just plain scared, our Borders are OPEN, our Elections are Rigged, Inflation is RAMPANT, gas prices and food costs are ‘through the roof,’ our Military ‘Leadership’ is Woke, our Country is going to HELL, and Michael Sussmann is not guilty.”

“How’s everything else doing? Enjoy your day!!” he added. 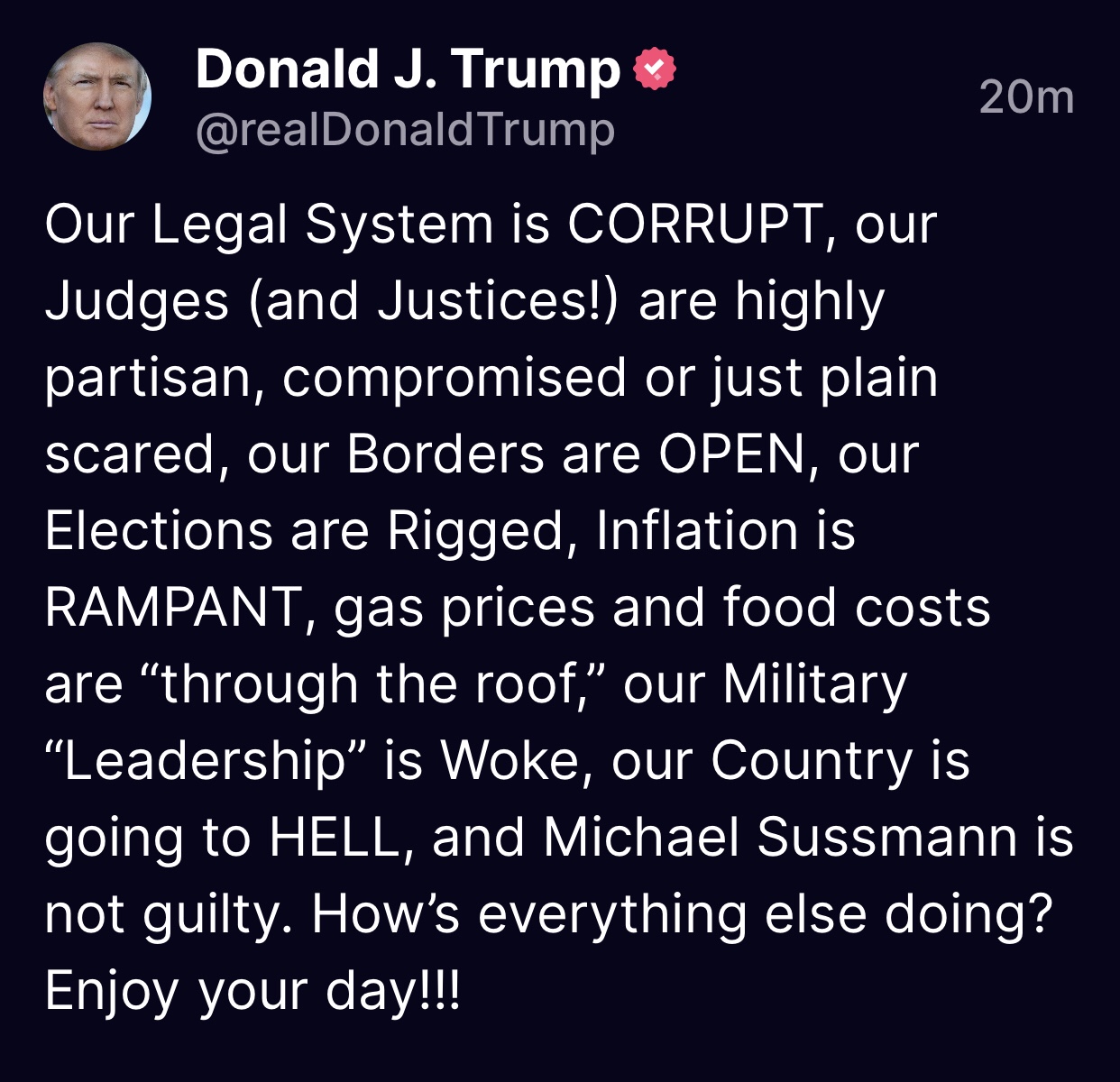 Sussmann was charged with one count of making a false statement to the FBI during his meeting with then-FBI General Counsel James Baker on Sept. 19, 2016.

Durham issued a terse statement expressing his office’s disappointment. “While we are disappointed in the outcome, we respect the jury’s decision and thank them for their service,” Durham said. “I also want to recognize and thank the investigators and the prosecution team for their dedicated efforts in seeking truth and justice in this case.”

The government, during closing arguments, reminded jurors of a key text message Sussmann sent to Baker on the night before his FBI meeting on Sept. 19, 2016. Durham’s team alleged Sussmann put his “lie in writing” in his Sept. 18, 2016, text to Baker.

The text message stated: “Jim — it’s Michael Sussmann. I have something time-sensitive (and sensitive) I need to discuss,” the text message stated, according to Durham. “Do you have availability for a short meeting tomorrow? I’m coming on my own — not on behalf of a client or company — want to help the Bureau. Thanks.”

Clinton campaign manager Robby Mook took the stand and testified that Hillary Clinton herself approved the dissemination of materials alleging a covert communications channel between the Trump Organization and Alfa Bank to the media, despite campaign officials not being “totally confident” in the legitimacy of the data.

The prosecution had argued that the information was brought to the FBI, and shared with the media, as part of an effort to create an “October Surprise” against then-candidate Donald Trump’s presidential campaign.

Durham has indicted three people as part of his investigation: Sussmann in September 2021, Igor Danchenko in November 2021 and Kevin Clinesmith in August 2020.

Danchenko was charged with making a false statement and is accused of lying to the FBI about the source of information he provided to ex-British intelligence officer Christopher Steele for the anti-Trump dossier. Danchenko’s trial is set to begin on Oct. 11.

Rose McGowan to Hillary Clinton: ‘I’ve Been in a Hotel Room with Your Husband & Here Comes the Bomb’

President Trump Puts Iran In Check After US Embassy In Baghdad Gets Hit In Rocket Strike: “Think It Over”