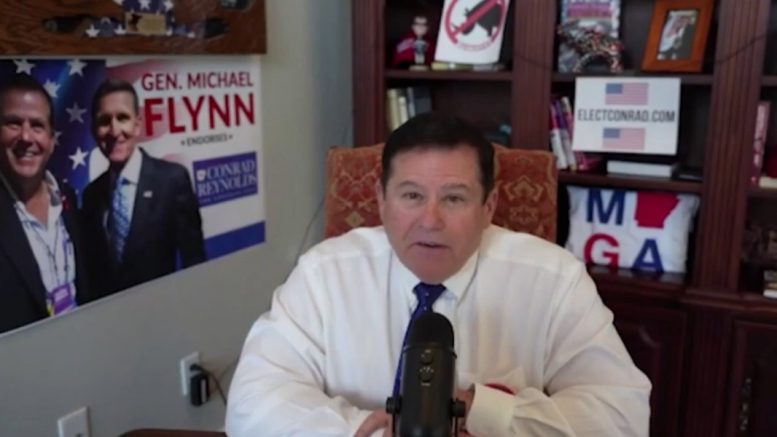 Congressional candidate Col. Conrad Reynolds, who ran for Arkansas’ 2nd District, issued a statement on Thursday to “all of those voicing their concerns to me about the primary results”, ensuring voters that “the fight is not over”.

In a statement on Thursday, Col. Conrad Reynolds said:

We are getting calls, texts, social media messages, emails and more telling us something in this primary just doesn’t add up. People are begging me to not concede and to continue fighting.

My campaign was partially based around getting to the bottom of the 2020 election that robbed President Trump of his office, so do not expect me to walk away from this without getting answers for those voicing their concerns.

In America, it is IMPERITIVE that we can trust our election process. I assured Arkansans across our district that we would have good elections here that represented the will of the people. I believed it. I’m sorry that you feel let down.

If you are unsatisfied with how this election turned out, without delay, call your state senator and state representative to demand a FULL audit of this election and demand changes in our primaries.

No more ES&S machines, use paper ballots with UV watermarks, no more open primaries where Democrats can come interfere with the will of the Republicans, shorter early voting periods.

The fight is not over.

To all of those voicing their concerns to me about the primary results, please read this. pic.twitter.com/rDUdGNCFYT

Col. Conrad Reynolds also wondered “What was the point of this ‘Roundtable’ a month before the election?”

An event on April 18th shows a roundtable event took place with Rep. French Hill “on how elections are conducted in Arkansas”:

P.S, if you have one of my yard signs, keep it, it may come in handy later.

What’s going on in Arkansas? Thing just weren’t done right here. It wasn’t just in my district. We need a thorough inspection of all things, especially ES&S and how the tabulation was done and reported. #arpx https://t.co/eOxyILGlCF