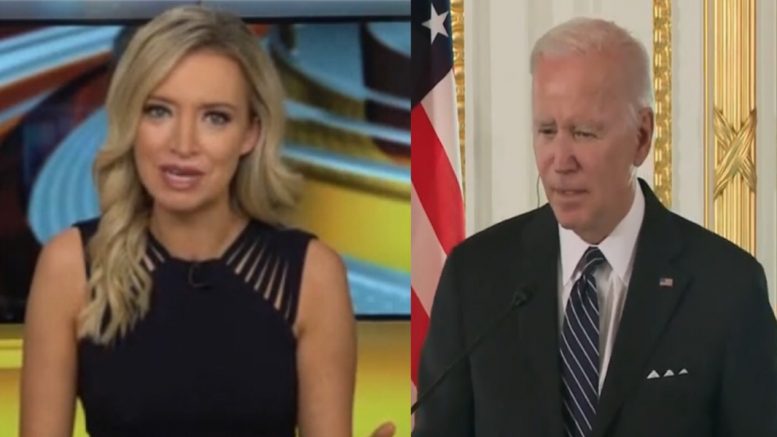 Her reaction comes after the White House clarified Joe Biden’s remarks regarding Taiwan when he was asked during a press conference in Japan on Monday, “Are you willing to get involved militarily to defend Taiwan if it comes to that?” to which he replied, “Yes,” adding: “That’s the commitment we made.”

A White House spokesperson was quick to react to the president’s remarks, clarifying U.S. policy has not changed and it remains committed to peace in the region and helping the island nation “defend itself”, Fox News reported.

“They’re disconcerting when it’s the president, but when it’s in the context of foreign policy …  it takes on an entirely different set of alarm thinking that you could set off an enemy, a foe, a world power,” she said.

Chinese Foreign Ministry spokesperson Wang Wenbin also responded to Biden’s remarks saying, “China has no room for compromise or concessions on issues involving China’s core interests such as sovereignty and territorial integrity”, adding, “China will take firm action to safeguard its sovereignty and security interests, and we will do what we say.”

Taiwan isn’t the only foreign policy issue on which the White House has clarified or walked back Biden’s comments. When he declared in March that Putin was a war criminal, former White House press secretary Jen Psaki, claimed that Biden was “speaking from his heart” even though a legal conclusion hadn’t been reached on the issue.

During a March speech in Poland, Biden said of Putin: “This man cannot remain in power.” White House officials raced to say that Biden was not calling for regime change in Russia. Video Below

(Related: Doocy Grills Biden Over ‘Big Things’ he Said ‘On the World Stage’ That ‘Keep Getting Walked Back’ by his Admin)