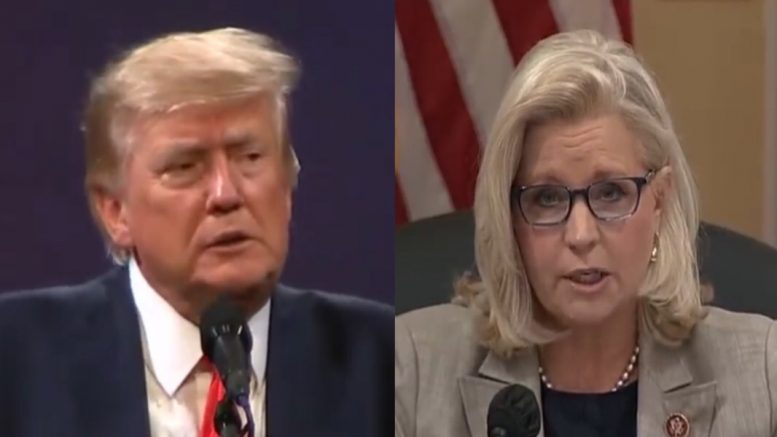 45th President Donald J. Trump issued a statement on his social media platform Truth Social wondering if Rep. Liz Cheney (R-WY) will “soon be dropping out of the race” against her opponent Trump-endorsed candidate Harriet Hageman in the Wyoming Republican primary.

Based on recent House race polls, Hageman is currently ahead of Cheney.

“Can it be true that Liz Cheney is down to a mere 15% Approval Rating in the Great State of Wyoming?” Trump asked on Truth Social Monday.

“She hasn’t ‘filed’ yet!!! Is it at all possible that she’ll soon be dropping out of the race?” he wondered.

The Freedom Times contacted the Wyoming Secretary of State’s Election Division on Tuesday to inquire if Rep. Cheney has filed her application for nomination to run. As of  5/17/22 12:08 p.m. Mountain Time, the office has not received her filing.

10 Republicans voted to impeach [Trump] in the House and 3 have already announced their decision to retire, fearing defeat in the primary. Out of the ten representatives who voted to impeach former President Donald Trump, the one he most despises is Congresswoman Liz Cheney, Crowd Wisdom reports. 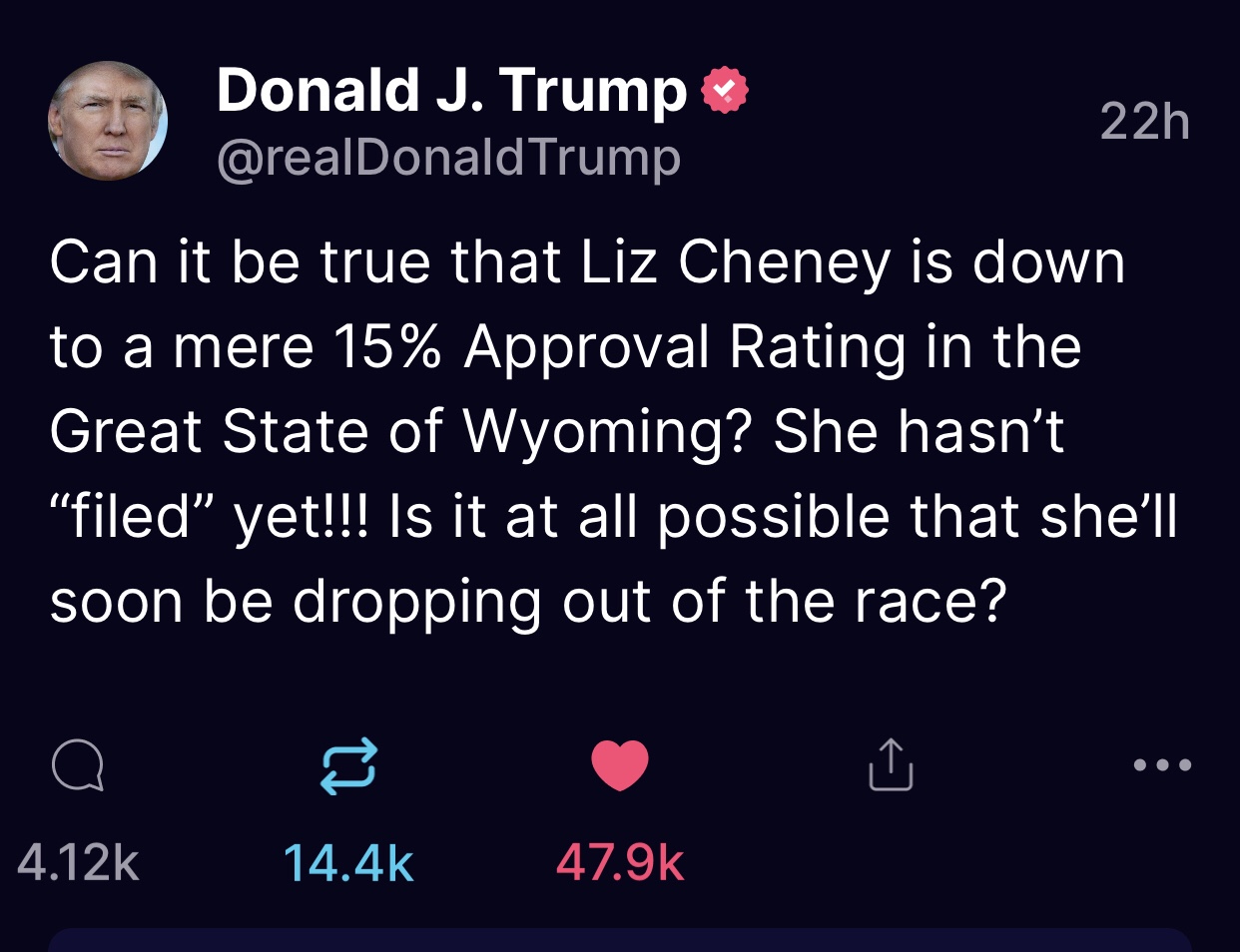