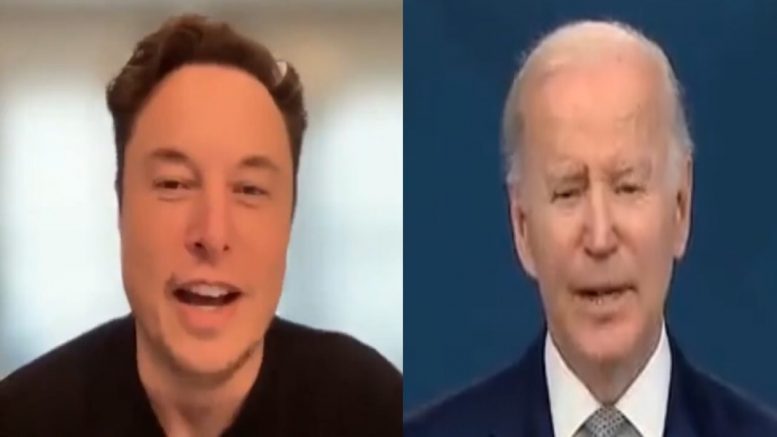 .@elonmusk on Biden: “It’s hard to tell what Biden is doing…the real President is whoever controls the teleprompter.” pic.twitter.com/y6n0epCavS

Musk also said that “Twitter has a very left bias. And I would classify myself as a moderate. … And in fact, I have voted overwhelmingly for Democrats historically, overwhelmingly.”

“I might have never voted for a Republican, just to be clear. Now this election, I would,” he announced.

Elon Musk Says He Plans to Vote Republican for the First Time, Wants to Remove the Bias from Twitter!!! Go Elon go!!!! pic.twitter.com/YV8pvvLcTB

Meanwhile, a video clip released from Project Veritas on Monday, revealed that “Twitter does not believe in free speech”, and a Twitter senior engineer admitted that employee of the company are “commie as f**k” and are trying to “revolt against” Elon Musk’s Twitter acquisition.

Kaepernick On Independence Day: “We Reject Your Celebration Of White Supremacy”