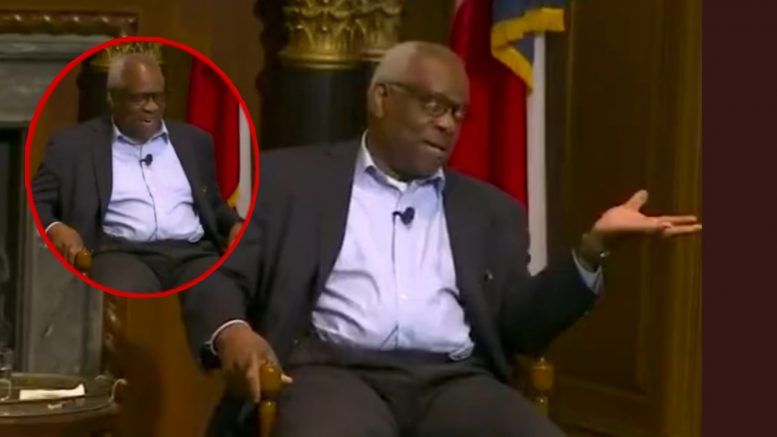 Thomas drew a roar of laughs from the audience when he said, “One of the things I say in response to the media… especially early on, about the way I did my job. I said I will absolutely leave the court when I do my job as poor as you yours… and that was meant as a compliment really.”

“It really is good to be me,” he added while laughing hysterically.

Justice Thomas to the media:

"I will absolutely leave the Court when I do my job as poorly as you do yours." pic.twitter.com/2V7h9vtoLt