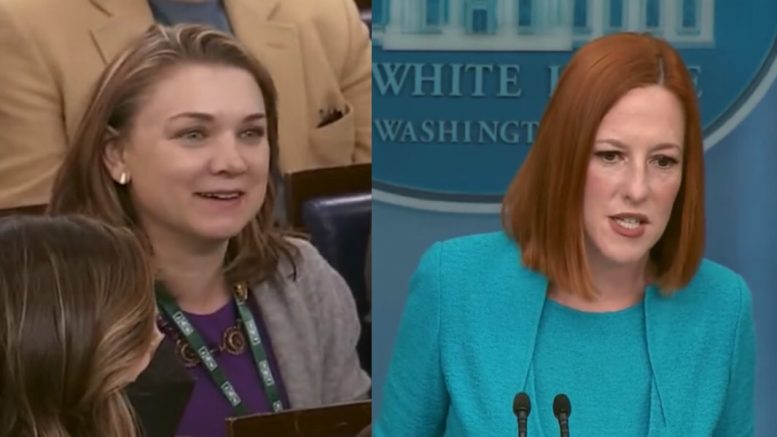 White House press secretary Jen Psaki was questioned over Joe Biden calling Trump supporters the “MAGA crowd” and “ultra MAGA” when he called for unity during his inaugural address.

The 79-year-old Democrat last week, alleged that the “MAGA crowd” is “the most extreme political organization” in “recent American history”, and also claimed Republicans have an “ultra MAGA agenda”. His assertion came in response to a question about the leak draft opinion written by Justice Samuel Alito regarding Roe v. Wade, as previously reported by The Freedom Times.

“The president and you have talked about the ‘MAGA crowd’ or the ‘ultra MAGA’. How does that jive with his desire to be the bipartisan guy?” NPR’s Tamara Keith asked Psaki during Monday’s White House press briefing.

Psaki alleged that Biden can “do both”.

“He believes that there is work we can continue to do together. … But he’s also not going to stand by and not call out what he sees as ultra-MAGA behavior, ultra-MAGA policies that are out of the mainstream of the country and are not in the interest of the American people,” she claimed.

She then pointed to abortion and also asserted that a Republican Senator wants to raise taxes on people making less than 100k a year, suggesting it’s “ultra MAGA”. Video Below

NPR's Tamara Keith: "The President and you have talked about the maga crowd, or the ultra maga. How does that jive with his desire to be the bipartisan guy?"

Psaki: "The President's view is you can do both." pic.twitter.com/fjhGxrqyxq

Trump: ‘Within Hours of my Inauguration, I will Sign an Executive Order Banning any Federal Department or Agency From Colluding with any Organization, Business, or Person to Censor, Limit, Categorize or Impede the Lawful Speech of American Citizens’