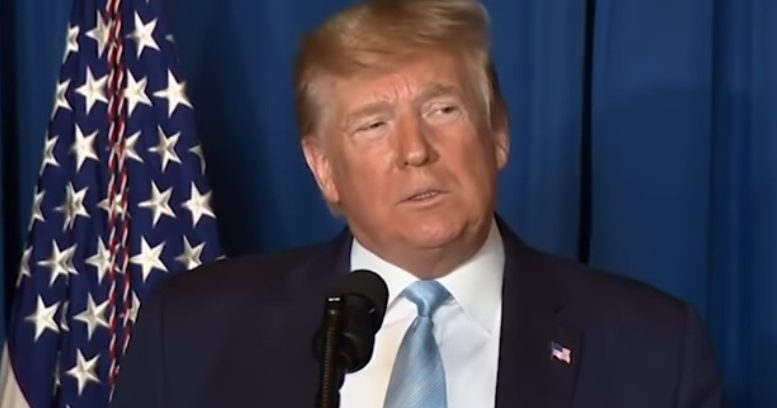 The former president posted the statement via his new Truth Social platform.

Related Article: Trump Fires Back as Biden Claims ‘MAGA Crowd’ is the ‘Most Extreme Political Organization’: ‘MAGA is Saving America’

“Happy Mother’s Day to all, including Racist, Vicious, Highly Partisan, Politically Motivated, and Very Unfair Radical Left Democrat Judges, Prosecutors, District Attorneys,  and Attorney Generals, who campaign against you without knowing a thing, and endlessly promise to take you down,” Trump wrote. “After years of prosecution, even the Fake News says there is no case or, at best, it would be very hard to bring.”

“Someday soon they will start fighting RECORD SETTING Violent Crime. I love you all!” he concluded. 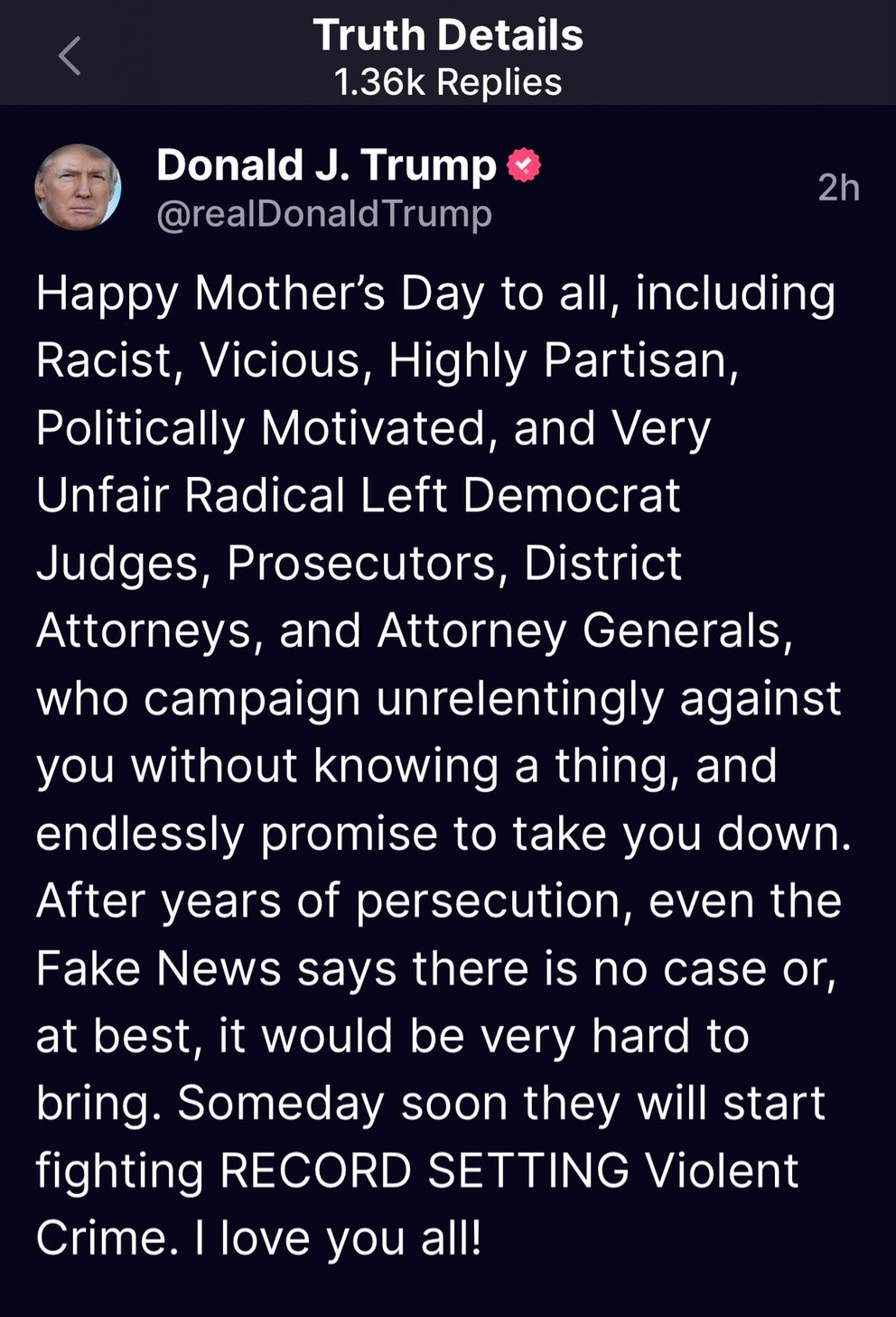