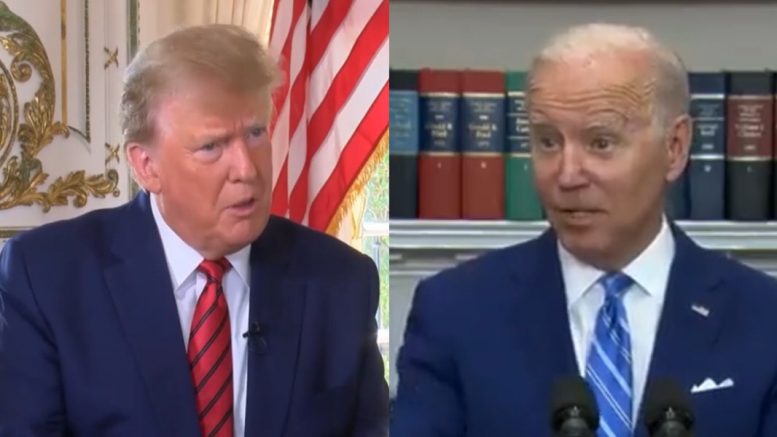 The 45th President also said the U.S. is “no longer respected throughout the world.”

When asked for reaction on Biden’s remarks that the Republican Party is now the “MAGA party,” the 45th President replied: “I hope so. I hope so.”

Trump went on to tell Fox News that Biden is “being very divisive”, saying, “Of course he is. That’s all they know – misinformation. That is all they are good at.” … “Russia, Russia, Russia” investigation and “all of the other things that have now been caught.”

“He is being very divisive but it is more than that, it is all misinformation just like the Russia, Russia, Russia hoax and all of the hoaxes,” he said again. “That’s what they’re good at.” Continued Below

(Related: Doocy to Psaki: Does Joe Biden Think the SCOTUS Leaker Should be Punished?)