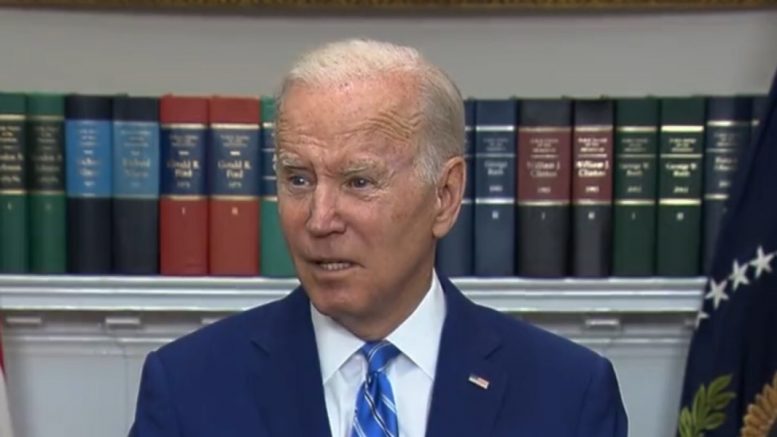 79-year-old Joe Biden on Wednesday alleged that the “MAGA crowd” is “the most extreme political organization” in “recent American history.”

His assertion came in response to a question about Monday night’s leak draft opinion written by Justice Samuel Alito regarding Roe v. Wade.

“This is about a lot more than abortion,” Biden claimed. “The idea that somehow there is no right of privacy … What happens if you have a state that changes the law, saying that children who are LGBTQ can’t be in classrooms with other children?”

“Is that legit under the way the [Supreme Court] decision is written?” he wondered.

“What are the next things that are going to be attacked? Because this MAGA crowd is really the most extreme political organization that’s existed in American history, in recent American history,” the Democrat career politician alleged.

Joe Biden claims “This MAGA crowd is really the most extreme political organization”:

President Biden: "This is about a lot more than abortion…What are the next things that are going to be attacked because this MAGA crowd is really the most extreme political organization that's existed in American history, in recent American history." pic.twitter.com/fJzB707RiA

Rose McGowan to Hillary Clinton: ‘I’ve Been in a Hotel Room with Your Husband & Here Comes the Bomb’