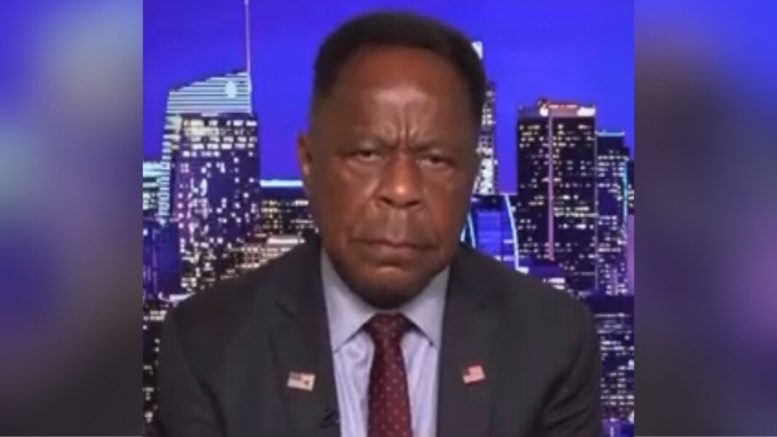 The draft leak obtained by Politico was written in early February. Analysts have suggested the leak may represent an attempt to pressure a Supreme Court justice to change his or her vote on the pivotal case, Fox News reported.

Asked what he thinks the agenda was behind the leak, Terrell said, “It was to directly affect the midterms.”

“Suburban moms, middle class Americans — they’re going after your civil rights. First, Roe v. Wade, now your rights as a woman, your rights as a person of color. It is a design attack to change the narrative. We are in the most disastrous time as far as inflation, and the Democrats have no way out. This is a get of out jail card for them to change the narrative. … And for the next 48 hours, it’s gonna work,” he suspected. Video Below

LEO TERRELL on leaked draft opinion that reveals Supreme Court has voted to overturn Roe v Wade: "This was designed to change the current narrative away from the disastrous Biden administration, is designed to focus on the midterms, is designed to get people angry and emotional." pic.twitter.com/JJ3lvxs0FH

On Monday night, Leo Terrell told Sean Hannity that he “was shocked when he heard” someone had leaked the draft and believes it is “political motivation”.

“I think this is the type of draft to get the left fired up to change the current narrative to focus on women — to say, ‘Look what’s going to happen’. … I also don’t rule out the fact that somebody in the higher up allowed this to happen. … I don’t rule it out that the leak occurred with the blessing of someone. I’m not gonna guess who, but I think there’s a blessing of someone, because the Supreme Court, like it or not, is a political branch of government,” Terrell said.

He also expressed the leak is “an unfortunate situation”, and predicted, “That leaker will be glorified by the left. He’ll get employment by the left. I just find this totally motived to change the narrative right now.”

LEO TERRELL on unprecedented leak of draft opinion that suggests, SCOTUS may overturn Roe v. Wade: "There's a political motivation behind it, to get the Left fired up to change the current narrative. Not the court packing, but to change the disastrous liberal agenda completely." pic.twitter.com/D3c89ysa1a

Related: Biden: ‘The Idea That We’re Gonna Make a Judgment That is Going to say That no one can Make the Judgment to Choose to Abort a Child, Based on a Decision by the Supreme Court, I Think Goes way Overboard’

‘Dissolve This Monstrosity Immediately’: Sen. Hawley Sends Letter to Mayorkas After Disclosure of ‘Disinformation Governance Board’

Huckabee Reacts After Mayor Buttigieg Appears To Justify Abortion After Birth: ‘King Herod Tried That; So Did Pharaoh’