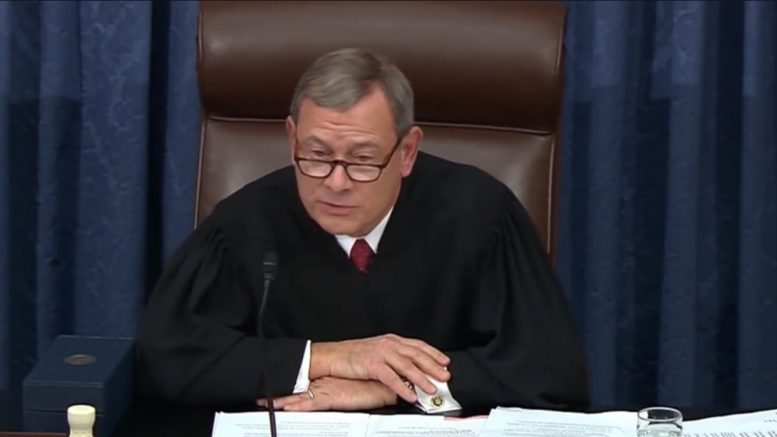 Chief Justice John Roberts has confirmed the authenticity of the draft opinion written by Justice Samuel Alito, which was leaked Monday evening regarding Roe v. Wade, and also announced he has ordered an investigation into the source of the “betrayal.”

The draft leak obtained by Politico was written in early February. Analysts have suggested the leak may represent an attempt to pressure a Supreme Court justice to change his or her vote on the pivotal case, Fox News reported.

“To the extent this betrayal of the confidences of the Court was intended to undermine the integrity of our operations, it will not succeed. The work of the Court will not be affected in any way,” Justice Roberts wrote in a Tuesday morning statement.

Roberts condemned the leak as an “egregious breach”, writing, “This was a singular and egregious breach of that trust that is an affront to the Court and to the community of public servants who work here,”

“I have directed the Marshal of the Court to launch an investigation into the source of the leak,” the Chief Justice announced.

He also said that the document was authentic, but does not represent the “final decision” of any members of the highest court.

JUST IN: The Supreme Court confirms the authenticity of the draft opinion revealed last night by Politico. The chief justice has ordered an investigation into the leak. pic.twitter.com/XZweHdyhCG

(Related: Leo Terrell on SCOTUS Leak: ‘Designed to Change the Current Narrative Away From the Disastrous Biden Administration’)

Watch: Both Parties Erupt In A ‘USA’ Chant After Trump Announces Milestones For Women