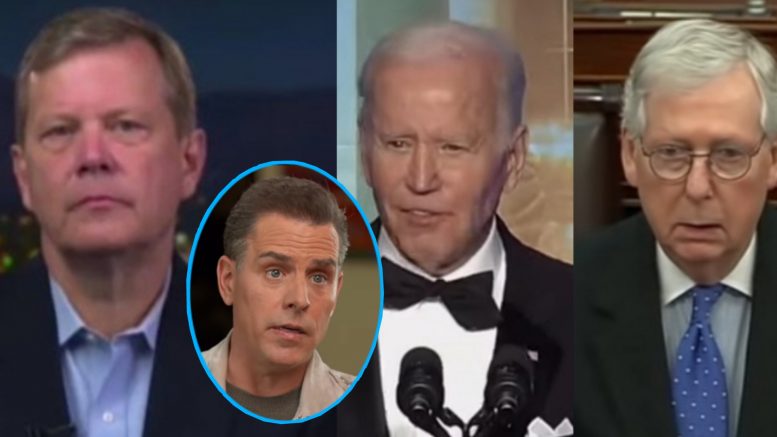 He went on to reveal why there is so much resisistance from both Democrats and Republicans to push for an independent counsel to be appointed to the case.

This is a taylor-made case for an independent counsel. It’s an investigation involving a family and the President of the United States. The Attorney General is, of course, appointed by the President of the United States, and he is the one who is going to direct this U.S. attorney that has this grand jury in Delaware. So you need to have an independent counsel.

And let’s be clear. If this were just about Hunter Biden… who cares. Let Hunter Biden go off. It’s not. It’s very clear that Hunter Biden collected funds from oversees, particularly from China. There is lots of evidence on the laptop and elsewhere that some of that money ended up with Joe Biden. The money was fungible — it moved around. It went to James Biden and others.

So the fact of the matter is you need to have an independent special counsel, and then the question becomes, ‘Why don’t we have one?’ Certainly part of it is the Biden Administration doesn’t want there to be one, but you also have the problem, frankly in the U.S. Senate — the leader of the Republicans in the Senate, Mitch McConnell, he hand his family — they have commercial ties to China. I would argue, at some level, they’re slightly more legitimate than those involving the Bidens. But this is not a subject [McConnell] wants to have a national conversation about. The efforts by Beijing to curry favor with American political figures and their families by giving them sweetheart deals. That’s where part of the resistance is coming from.

The other reason, the ultimate reason we need an independent counsel is not just the issue of prosecution, but the issue of the American people finding out what actually happened here because if this U.S. attorney proceeds, let’s say Hunter Biden is indicted, which I think he is going to be, there may be a settlement, there may be an agreement and the American people never have basic questions answered because there won’t be any public reporting about how much money Joe Biden got, where the 31 million dollars ended up, what favors were granted in exchange for those funds. So an independent counsel would give us a report and allow the American people to look at the evidence and the information just seperate from whether there’s a prosecution and what the charges might be. Video Below