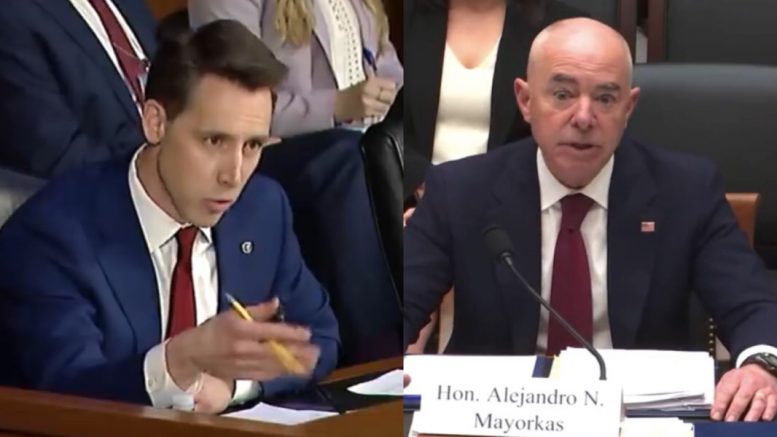 Missouri Republican Senator Josh Hawley sent Department of Homeland Secretary Alejandro Mayorkas a letter on Thursday expressing his concern over the Biden administration’s announcement of its new “Disinformation Governance Board.”

During a House Appropriations DHS Subcommittee hearing on Wednesday, Mayorkas admitted that its department has launched a new board designed to counter alleged “misinformation”. The board will be called the “Disinformation Governance Board, and will be headed by executive director Nina Jankowicz, as previously reported by The Freedom Times.

Sen. Josh Hawley posted the letter addressed to Mayorkas on Twitter Thursday morning, calling on the Biden administration to “dissolve this monstrosity immediately”.

The Administration that activated the FBI against parents at school board meetings now has created a government Disinformation Board to monitor all Americans’ speech. It’s a disgrace. Joe Biden & Secretary Mayorkas: dissolve this monstrosity immediately pic.twitter.com/hSnMpREizI

“I confess,” Sen. Hawley wrote to Mayorkas. “I at first thought this announcement was satire. Surely no American Administration would ever use the power of Government to sit in judgement on the First Amendment speech of its own citizens.”

“Sadly, I was mistaken. Rather than protecting our border or the American homeland, you have chosen to make policing Americans’ speech your priority. This new board is almost certainly unconstitutional and should be dissolved immediately,” the Missouri Senator advised.

Sen. Hawley also noted the director, Nina Jankowicz, who will run the “Disinformation Governance Board“, pointing out her history of “partisan attacks,” and her recent criticism toward Elon Musk’s acquisition of Twitter.

“It can only be assumed that the sole purpose of this new Disinformation Governance Board will be to marshal the power of the federal government to censor conservative and dissenting speech,” Sen. Hawley wrote. “This is dangerous and un-American.” 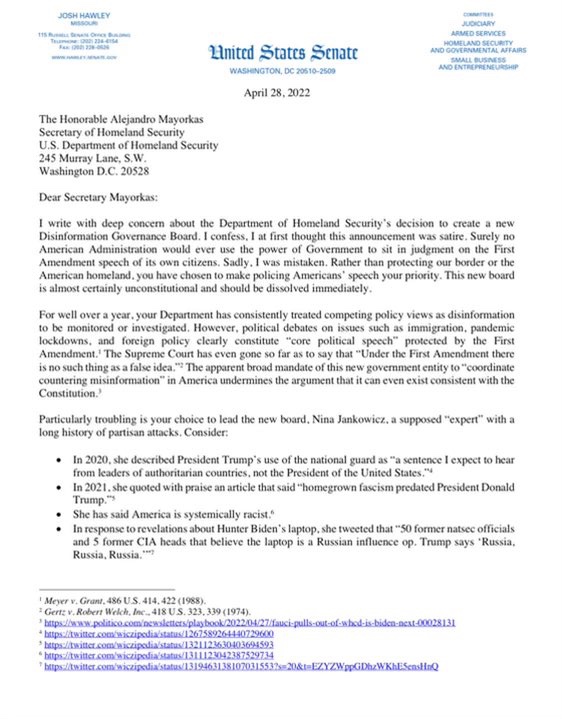 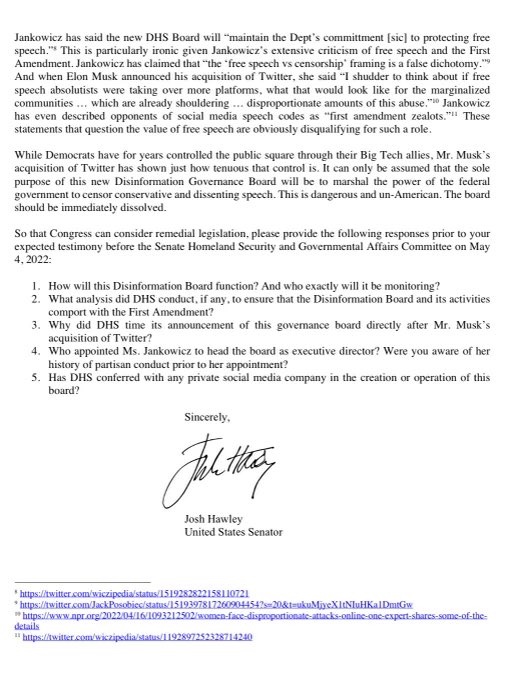 Related: Sen. Hawley Sends a Letter to Elon Musk Urging him to ‘Open the Books’, Conduct an ‘Audit’ & Release the Information to the ‘Public’