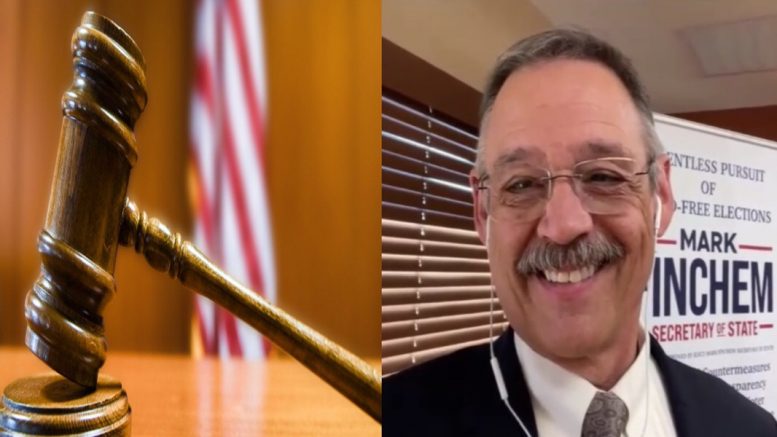 An Arizona judge dismissed a lawsuit last week that attempted to bar three Republicans from appearing on the November ballot due to attending the January 6, 2021 rally at the White House Ellipse.

Judge Christopher Coury determined the plaintiffs did not have the grounds to sue in the case as they requested. “Plaintiffs have not cited persuasive authority or presented a developed legal argument…” Coury wrote, in part.

“Aside from criminal statutes dealing with insurrection and rebellion which Congress has enacted (lawsuits which require the government, not private citizens, to initiate), Congress has not passed legislation that is presently in effect which enforces the Disqualification Clause against the candidates,” Coury said.

He was referring to Section 3 of the 14th amendment as the “Disqualification clause” approved by Congress following the Civil War to bar former officials of the Confederacy from holding office under the U.S. Constitution, Mark Tapscott at The Epoch Times reported.

Coury noted that “legislation that proposes to enforce the Disqualification Clause currently is pending in the United States Congress, but has not yet been enacted. Therefore, given the current state of the law and in accordance with the United States Constitution, Plaintiffs have no private right of action to assert claims under the Disqualification Clause.”

The lawsuit was brought forth by lawyers from a voting rights group who contended Rep. Paul Gosar, Rep. Andy Biggs, and state Rep. Mark Finchem should be prohibited from running because they violated Section 3 of the 14th Amendment. The provision bars elected officials in Congress from engaging in an insurrection or rebellion, Ryan King at Washington Examiner reported.

Neither of the three individuals is known to have participated in the Jan. 6 protest at the Capitol, but the lawsuit alleged that they advocated to overthrow the United States government and cited their presence or involvement in the preceding rally as evidence, King also noted.

Rep. Finchem is running to become Arizona’s secretary of state and has been fully endorsed by 45th President Donald Trump, as previously reported by The Freedom Times.

Thank you, President Trump for your endorsement. You are leading the way on restoring election integrity. I am truly honored to be recognized for the hard work I put in and will continue to do to restore the integrity of our elections. https://t.co/PZa727r60E

(Related: Rep. Finchem Announces he’s Garnered 11,318 Signatures to ‘Get on the Ballot’ for Arizona Secretary of State)