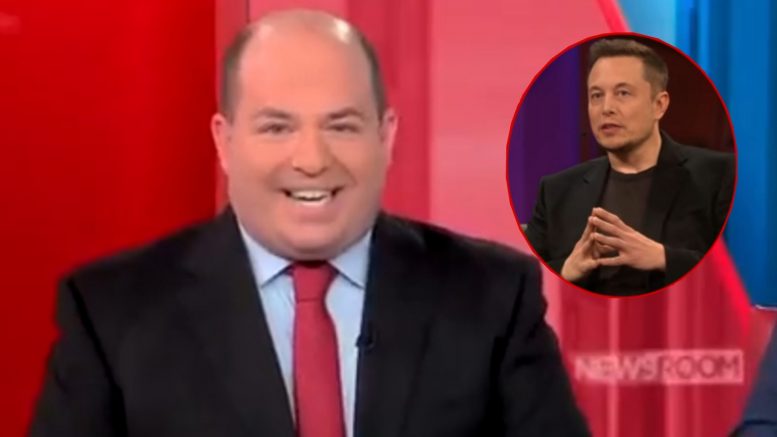 CNN’s Brian Stelter appears to be having a hard time trying to envision how Twitter users will react if the social media platform transforms into one that has “no rules” and “total freedom”.

The Reliable Sources host questioned if he is “crazy” when speculating what the future holds for Twitter after the tech company’s board unanimously accepted Tesla CEO Elon Musk’s $44 billion offer to take the social media giant private.

Under the terms of the agreement, Twitter stockholders will receive $54.20 in cash for each share of common stock that they own upon closing of the proposed transaction. The purchase price represents a 38% premium to Twitter’s closing stock price on April 1, the last trading day before Musk disclosed a 9.2% stake in the company, Fox Business reported. Musk has secured approximately $46.5 billion to finance the transaction, including $25.5 billion of fully committed debt and margin loan financing and $21 billion in equity financing. The transaction is expected to close in 2022, subject to the approval of Twitter stockholders, the receipt of applicable regulatory approvals and the satisfaction of other customary closing conditions.

Musk later signaled on Monday that he’ll immediately work to allow “free speech” on the platform when he released the following statement: “Free speech is the bedrock of a functioning democracy, and Twitter is the digital town square where matters vital to the future of humanity are debated. I also want to make Twitter better than ever by enhancing the product with new features, making the algorithms open source to increase trust, defeating the spam bots, and authenticating all humans. Twitter has tremendous potential – I look forward to working with the company and the community of users to unlock it.”

In reaction to Musk’s business move, Stelter said, “If you get invited to something where there are no rules, where there is total freedom for everybody, do you actually want to go to that party or are you going to decide to stay home? And that’s a question for Twitter users.”

He contiued, “Some Twitter users mud love the idea there’s going to be absolutely no moderation and no rules at all. Others might not be anywhere near that. Am I crazy?” Video Below

Stelter on Elon Musk buying Twitter: "If you get invited to something where there are no rules, where there is total freedom for everybody, do you actually want to go to that party or are you going to decide to stay home?" pic.twitter.com/rhSmF04OUk