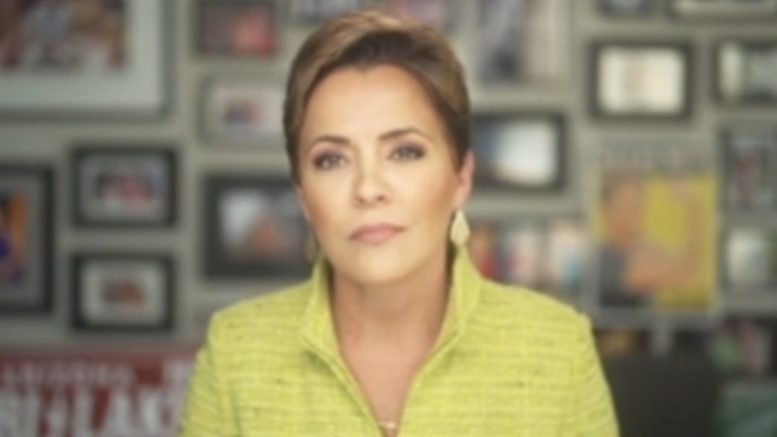 Republican gubernatorial candidate Kari Lake is taking a major legal step to ban the use of Dominion voting machines in Arizona’s 2022 election.

On Friday, Lake announced that she has filed an injunction with a federal court to prohibit electronic voting machines in the Grand Canyon State ahead of the midterms.

Breaking:@KariLake announces she has filed an emergency injunction against @katiehobbs & the @maricopacounty Board of Supervisors to ban Dominion Voting machines for the 2022 election.

As reported by RSBN:

According to an official statement from Kari Lake’s team, the plaintiffs have a constitutional and statutory right to have ballots counted “accurately and transparently, so that only legal votes determine the winners of each office contested in the Midterm Election.”

Further, they stated that “Election voting machines cannot be deemed reliably secure and do not meet the constitutional and statutory mandates to guarantee a free and fair election. The use of untested and unverified election voting machines violates the rights of the plaintiffs and their fellow voters and office seekers, and it undermines public confidence in the validity of election results.”

Lake, who has called for election reform and the decertification of of the presidential results in Arizona and Wisconsin, posted a statement in response to news of her injuction.

“Every Arizonans wants election security and transparency,” Lake tweeted. “Let’s make sure in 2022 and beyond all voters, regardless of their political party, know the vote counting is honest. This injunction seeks to ban ballot-counting machines in Arizona.”

Every Arizonans wants election security and transparency.
Let’s make sure in 2022 and beyond all voters, regardless of their political party, know the vote counting is honest. This injunction seeks to ban ballot-counting machines in Arizona https://t.co/yJJCg5Oxhg