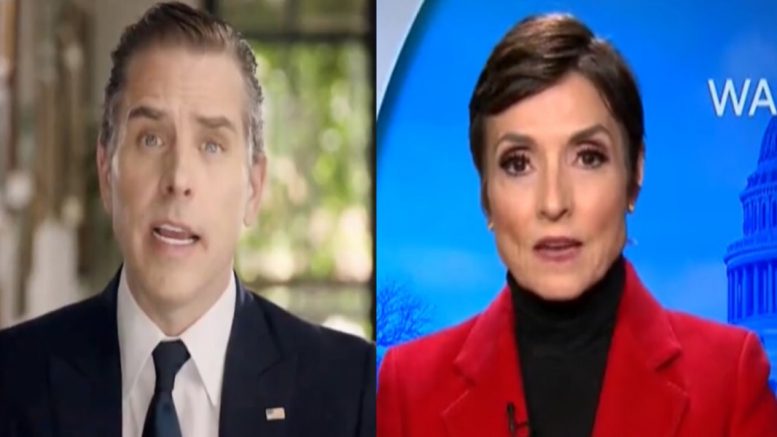 Prosecutors investigating Hunter Biden subpoenaed documents from a paternity lawsuit that included tax records for the president’s son, according to documents and an attorney involved in the matter, Catherine Herridge, CBS News’ senior investigative correspondent reported.

“They wanted every record relating to Hunter Biden we had,” Clint Lancaster told CBS News. Lancaster represented Lunden Roberts, a woman who filed suit against Hunter Biden in 2019 alleging he was the father of her child.

A December 2020 subpoena from the U.S. Attorney’s office in Delaware, obtained by CBS News, requested all documents “regarding [Hunter] Biden’s income, assets, debts, obligations, and financial transactions… and all personal and business expenditures.”

“The first has to do with the flow of money in and out of his accounts. [The subpoena] asks for all documents, emails, instant messages related to income expenses, debts, financial transactions, both personal and business. And the second bucket is really very focused on his tax situation. It calls for federal, state, local income, and payroll taxes,” she reported of the subpoena. Continued Below

“A former U.S. attorney told us that this kind of subpoena really indicates to him that the U.S. attorney in Delaware is leaving no stone unturned in his investigation,” Herridge said.

Asked why these documents are so important, the CBS News’ senior investigative correspondent said, “It’s part of a data chain that leads to the grand jury testimony of Lundon Roberts, the woman who brought and settled that paternity suit with Hunter Biden.”

“We begin with December of 2020 — this very broad subpoena for financial records that goes to the law firm in Arkansas. And according to her lawyer, Clint Lancaster, there was an in person meeting in the fall of 2021 with a representative of the U.S. attorney’s office in Delaware, as well as an FBI agent and an IRS enforcement agent, along with his client,” Herridge explained. Continued Below

“And then, earlier this year in February, Lundon Roberts goes to the grand jury in Delaware and testifies,” she said.

“What we understand with our reporting is that it says there is something in those records that she has first hand information about that the U.S. attorney in Delaware wanted to lock in his testimony before that grand jury. So it’s the data chain that really matters here,” Herridge added.

A 2020 subpoena from the U.S. Attorney’s office in Delaware, obtained by @CBSNews, requested “records from Hunter Biden, including his agents + representatives” from a 2019 paternity suit. The lawyer involved said a meeting followed with FBI + IRS agents.pic.twitter.com/NQttPWn7WE