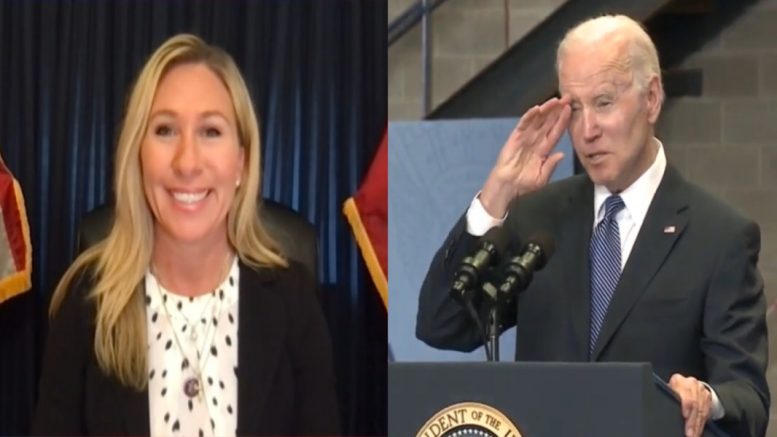 Rep. Marjorie Taylor Greene (R-GA) responded on Wednesday to who she called “the Social Media staffer writing tweets for President Butter Beans” after a thread of tweets was issued from 79-year-old Joe Biden’s Twitter account regarding inflation and oil prices.

The Democrat career politician, in his tweets, blamed the high prices on “COVID and Vladimir Putin”, prompting Rep. Greene to offer a “few ideas” to alleviate the rising costs Americans are enduring.

Joe Biden claimed on Wednesday, “I know that families are still struggling with higher prices. I grew up in a family where if the price of gas went up, we felt it. Let’s be absolutely clear about why prices are high right now: COVID and Vladimir Putin. Putin’s invasion of Ukraine has driven up gas prices and food prices all over the world. We saw that in the most recent inflation data. Last month, about 70% of the increase in inflation was a consequence of Putin’s price hike because of the impact on gas and other energy prices.”

“I’m doing everything I can to bring down prices and address the Putin Price Hike. That’s why I authorized the release of one million barrels a day as we work with U.S. oil producers to ramp up production — and coordinated this release with partners and allies around the world,” he said.

“Beyond gas prices, I’ve called on Congress to move immediately to lower the cost of families’ utility bills, prescription drugs, and more — while lowering the deficit to reduce inflationary pressure. That would make a big difference for families,” Biden allegedly wrote.

In response, Rep. Greene offered her own ideas in a series of tweets to alleviate the rising costs. Continued Below

To the Social Media staffer writing tweets for President Butter Beans: To decrease utility bills, we must build more nuclear plants, increase clean coal for energy, drill for US oil & gas, and stop the Green New Deal. You don’t see our enemies worshipping your climate gods.

Prescription drug cost will drastically decrease when we cut out the middle man. Obamacare should be repealed and real market competition should return to the healthcare industry. And we must make critical medications here in the USA, not buy them from China. Continued Below

And to decrease inflation, Congress must stop spending TRILLIONS paying people to stay home and not go to work, bailing out big corporations, and NEVER AGAIN SHUTDOWN PRIVATE BUSINESSES. Stop printing money and flooding it into the economy.

Stop enslaving the American people in debt to China, Japan, and other foreign countries who own our national debt. Stop all foreign aid and funding foreign wars and foreign regime change. Stop your stupid ideas like $10 billion to vaccinate the world to enrich big pharma.

Stop wasting a fortune of American’s hard earned tax dollars on twisted ideology like gender studies in Pakistan. Oh and how about stop funding biolabs that create bio weapons. Stop giving grant money to politician’s kids and friends for their businesses like Metabiota.

While we are at it, we should shrink the size of the federal government that is really the problem in the American people’s lives. Slash useless agencies like the BOE, ATF, and fire all lazy gov employees that stay home all day in their pajamas bc of the covid scam. Continued Below

Make some money for a change by charging foreign countries for our military presence in their countries that keep them safe and allow them to not have to heavily fund their own military for their own national defense. Like Germany.

Seems Germany’s government (Federal Ministry of Education and Research) funds attacking our citizens like @libsoftiktok. So why are US tax payers paying for our military base in their country defending them? @libsoftiktok pays taxes. (German government funds ‘research’ project that doxxed Libs of Tik Tok)

How about we just bring our troops home and place them at our southern border to stop the illegal invasion that you Democrats are fueling? Bc the drain on American taxpayers paying for illegals being let in our country is outrageous! Just a few ideas to start. 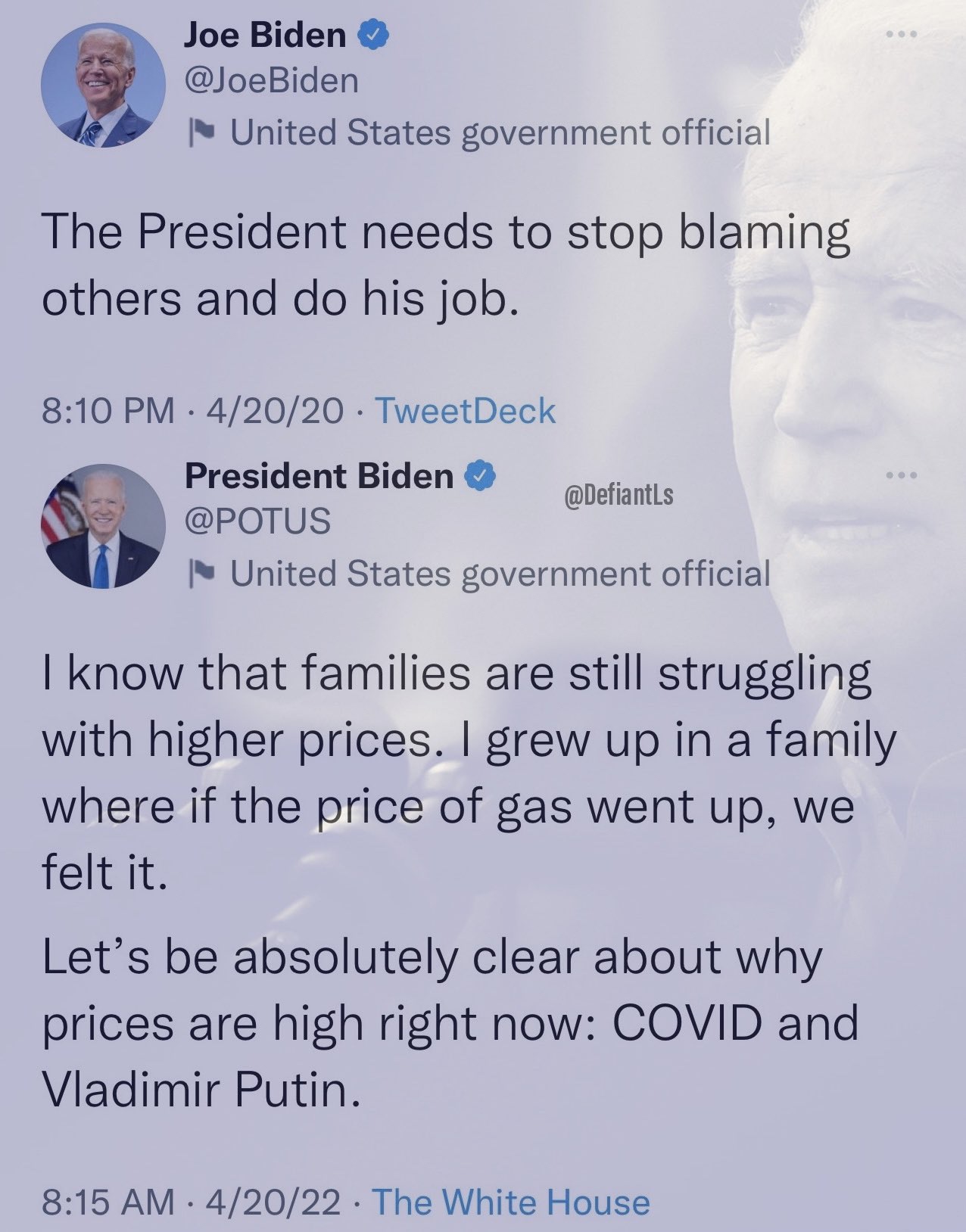