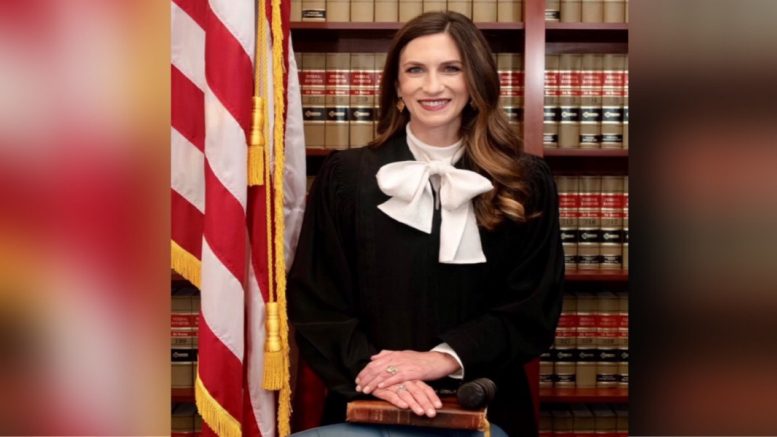 A federal judge in Florida on Monday declared that the Biden administration’s Covid-19 mask mandate for public transportation is unlawful, invalidating a regulation that required travelers in the U.S. to wear masks on airplanes, trains, taxis, buses and other forms of public transit, Jacob Gershman at The Wall Street Journal reported.

As reported by Jacob Gershman at The Wall Street Journal:

Because the CDC acted beyond its authority, “the court must hold unlawful and set aside the mask mandate as an agency action that is not in accordance with law,” Judge Mizelle wrote in a 59-page opinion.

The judge’s ruling came days after the Biden administration extended the transportation mask mandate through May 3 after it was set to expire Monday.

A federal judge in Florida has blocked Joe Biden's mask mandate for travel, including a nationwide injunction. pic.twitter.com/S1qGvv8nGz

Meanwhile, Florida Governor Ron DeSantis commented on Monday’s ruling, writing on Twitter, “Great to see a federal judge in Florida follow the law and reject the Biden transportation mask mandate. Both airline employees and passengers deserve to have this misery end.”

Great to see a federal judge in Florida follow the law and reject the Biden transportation mask mandate. Both airline employees and passengers deserve to have this misery end.

Does “Justice Kathryn Kimball Mizelle of the United States Supreme Court”have a nice ring to it? After all, she did clerk for Justice Clarence Thomas. Seems like a great replacement to me!

BREAKING: A federal judge in Florida has vacated the CDC’s mask mandate in airports and public transportation, holding the CDC overstepped its authority.

Thank you Judge Kathryn Kimball Mizelle of Florida for ENDING the mask mandates on planes and trains!