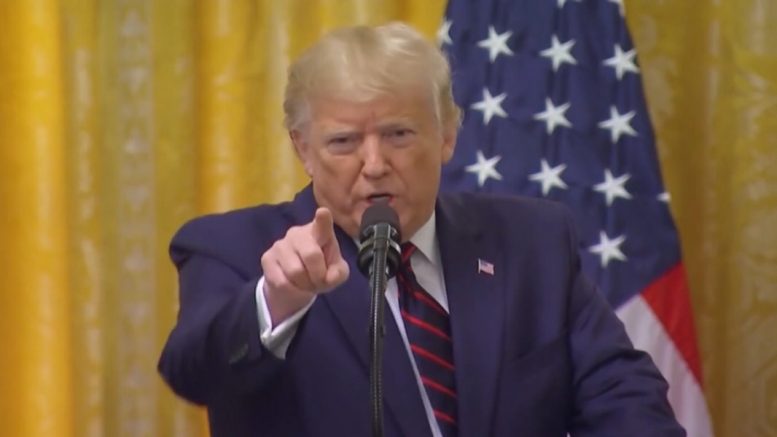 During a interview with Sean Hannity on Wednesday evening, 45th President Donald J. Trump told the Fox News host “what he would do differently a second time” if he were in the White House.

“If you were president, now that you’ve had some time to reflect on your presidency … my question to you is, just one thing … that you would do differently a second time?” Hannity asked the 45th President.

“Well, look. There are many things that you do differently. We had an incredible administration with tax cuts, and regulation cuts, and rebuilding the military, and [Operation] Warp Speed, and think of this: Space Force. We did so many things,” President Donald Trump said.

“But I think one of the things I would do differently — I found the media is so corrupt that I really would not focus on them, almost at all. I’d just focus on getting the job done for the American people. You cater to the media, you deal with the media. They’re very dishonest. They write opposite things. They have sources that aren’t sources. They’re unbelievably dishonest, hence the name ‘fake news'”, he explained.

“I think really I’d focus on getting the job done, getting our country back. Our country has never been in a worse position than it is right now,” Trump opined. “We’re disrespected all over the world. We no longer have respect. And I would really be focused on that. Just really bringing our country back to where we had it.”

“We’ve never been more respected than we were two years ago as a country,” he added. Video Below

‘Traitor!’: Mike Lindell Rips CBS’ Robert Costa to His Face after Being Confronted at CPAC